WHO sees tobacco drop among men, but vaping effects unclear 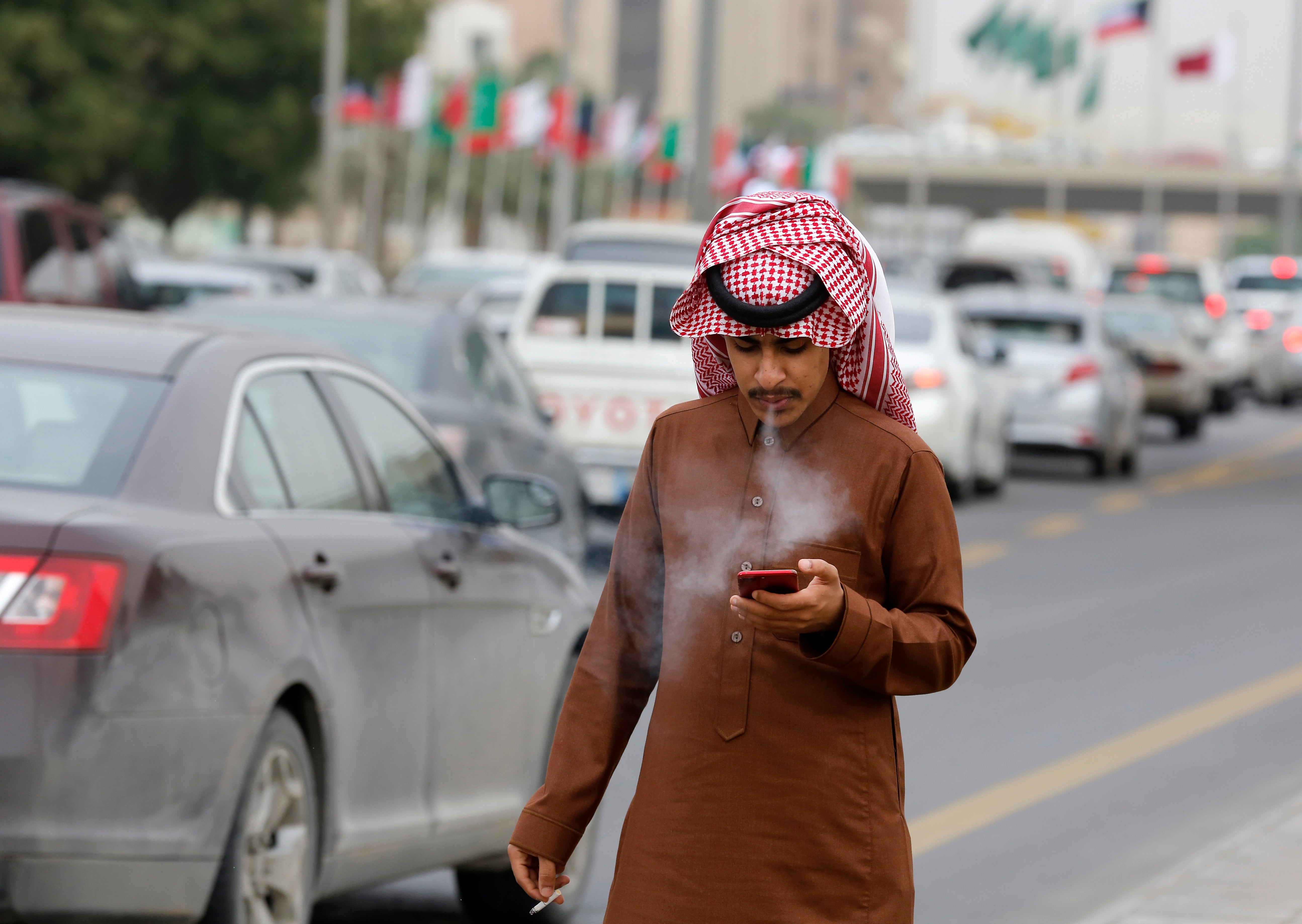 In this Monday, Dec. 9, 2019 file photo, a man smokes a cigarette as he looks at his mobile phone in Riyadh, Saudi Arabia. On Thursday, Dec. 19, 2019, the World Health Organization said worldwide, the number of men using traditional tobacco products has finally started to decline. (AP Photo/Amr Nabil)

Four out of five tobacco users globally are men, so declines among males “mark a turning point in the fight against tobacco,” Dr. Tedros Adhanom Ghebreyesus, head of the World Health Organization, said in a statement.

The agency’s new report covers an array of tobacco use, including cigarettes, cigars and chewing tobacco. But the WHO did not count electronic cigarettes as tobacco products, and officials could not say what impact the growing popularity of vaping devices has had in diverting people from traditional smoking.

WHO officials said they plan to release a report on e-cigarette use early next year.

Researchers previously reported declines in male and female smoking rates internationally, but the drop wasn’t enough to offset the growth in the world population. The number of female tobacco users did shrink since 2000, but the number of male tobacco users continued to edge up, bringing the total to more than 1.3 billion people.

That appears to have changed last year, the agency said. And WHO now estimates the number of male tobacco users will decline by more than 1 million next year and by 5 million by 2025.

The agency said the decline is driven mainly by a decrease in the number of males who exclusively use smokeless tobacco.

The WHO report found that countries in Southeast Asia had the world’s highest rates of tobacco use — 45% among males and females age 15 and older. But that percentage also is projected to decline, officials said.

In a call with reporters, WHO’s Dr. Alison Commar noted that smokeless tobacco use was once common among all women in India and some other Asian countries, but lately, it’s mainly seen only in older women.

“It seems to be a dying tradition,” she said.