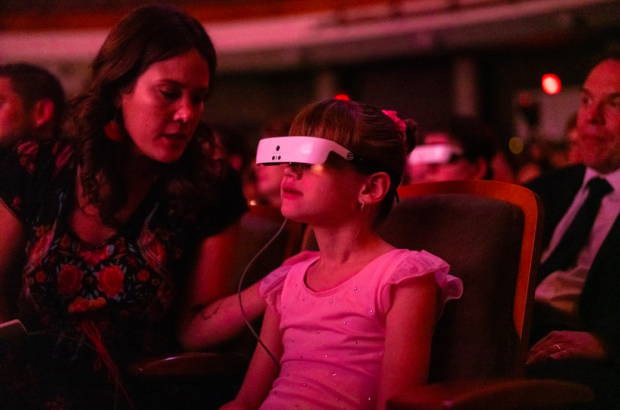 A visually impaired nine-year-old kid got the chance to see a live ballet performance of “The Nutcracker” with the help of special seeing glasses in Austin, Texas, United States.

Lily Lauders, a huge fan of the ballet and an aspiring ballerina, was diagnosed with optic nerve hypoplasia at 3 months old, as per People last Friday, Dec. 20. Lily and her family, together with other visually impaired members of the community, were invited to watch a version of “The Nutcracker” ballet entitled “The Unseen Ballet”. It was sponsored by the American technology company Dell Technologies, electronic glasses company for the visually impaired eSight Corporation, and local ballet production outfit Ballet Austin on Dec. 5.

Lily’s condition causes blindness in her right eye and a limited vision on her left with 20/800 eye grade. The child also had depth perception issues and troubles with nystagmus or involuntary and repetitive shaking of the eyes.

The advanced assistive eyewear uses a cutting-edge camera, smart algorithms and a high-resolution screen to create crystal clear, real-time images of what is in front of the user, as per report. It enables people who lost their central vision to see and live independently.

Kimmy Lueders, Lily’s mother told the magazine that her daughter was “absolutely delighted” by the experience.

“She is not one to sit still, but there was a calmness and easy stillness to her during the performance,” she was quoted saying. “[It] was the most impactful thing she has experienced with the eSight [glasses].”

The mother also narrated how enamored Lily was of the ballet dancers and the whole production.

“To my surprise she appreciated the entire set production the most. She absolutely loved seeing the details on the edges of the stage and the change of each set,” Kimmy added. “I think the snow scene was her favorite. The giant beautiful snowflakes and falling snow. It was magic!”

Lily also got to meet the cast of the ballet while donning her own ballerina outfit. In the heartwarming meet-and-greet, Lily was able to talk to a ballerina and admire her lavish costume, as shown on Dell’s YouTube channel on Dec. 19.

Because of Lily’s passion for ballet, the Lueders is currently searching for an all-abilities ballet class for her to join. The child is also attending occupational and speech therapy four times a week. She also has sensory activities and tools provided by her parents. However, the family lamented that the cost of Lily’s therapy sessions while providing for the rest of the family could be a struggle.

The Lauders opened up a GoFundMe page for their aspiring ballerina for anyone willing to lend them a helping hand. Cha Lino/JB