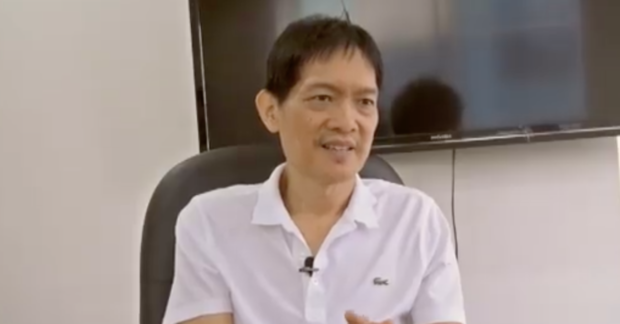 The internet pioneer died due to cancer in a lymph node, as per technology news website Newsbytes.ph on the same day.

Prior to his death, he was confined in the hospital thrice this year due to a lymph node mass in his abdomen and to pneumonia, one Edison Ong told the website.

Tan is known as the engineer who installed the router that allowed the Philippines to access the internet for the first time on March 29, 1994.

In light of Tan’s passing, the Department of Information and Communications Technology (DICT) honored him on Facebook on Dec. 27.

“Benjamin Tan is one of the pioneers in linking up the country’s first connection to the Internet,” the department said in its post.

DICT accompanied its post with a previous video of Tan recalling the day he brought internet access to the country. The clip was part of a series marking the 25th anniversary of the internet in the Philippines last March.

ICYMI Series: Benjamin Tan on 25 years of internet in the Philippines

Watch the untold story of Benjamin Tan, the engineer who worked almost single-handedly on the background to make the country’s first Internet connection happen on March 29, 1994. #PHInternetLevelUpAt25

Posted by Department of Information and Communications Technology – DICT on Friday, March 29, 2019

In the video, Tan said he hoped people with internet access would use it to improve their lives in a “true, meaningful manner.”  Ryan Arcadio /ra