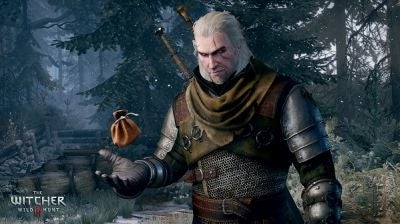 “The Witcher 3: Wild Hunt” has become one of the Steam Winter Sale’s 2019 bestsellers. Image: courtesy of CD Projekt RED via AFP Relaxnews

Based on the same series of fantasy novels as the Netflix show, “The Witcher 3: Wild Hunt” and series debut “The Witcher” both achieved all-time high player counts in the wake of season 1’s December 2019 debut, aided by a PC gaming sale on Steam that runs until Jan. 2, 2020.

The most recent action-adventure in “The Witcher” video game franchise surged to an all-time high after a TV series of the same name debuted on Netflix on Dec. 20, 2019.

Originally released in 2015, “The Witcher 3: Wild Hunt” was received as one of the most accomplished iterations of the role-playing action game, winning multiple awards for the base game as well as two large-scale expansions that followed.

Over the course of the four years since, some 20 million copies have been shipped across PlayStation 4, Xbox One, PC and Nintendo Switch, per developer CD Projekt RED.

While simultaneous player counts typically peak at launch, trailing off thereafter, “The Witcher 3” has reversed that trend in dramatic fashion, according to data from PC gaming platform Steam and third-party tracker SteamDB.

Those sorts of player counts have pushed “The Witcher 3” back inside the Steam Top 10 by current players.

It was also the second best-selling game on the service by revenue for the week ending Dec. 29, beaten only by more recent and more expensive Wild West epic “Red Dead Redemption 2”, ahead of “Star Wars Jedi: Fallen Order”, “Halo: The Master Chief Collection” and others.

(On Xbox, “The Witcher 3: Wild Hunt” is available as part of the Xbox Game Pass and moved inside the console’s top 30 most-played titles.)

The surge in interest for “The Witcher 3” was not replicated for 2011’s “The Witcher 2: Assassins of Kings” — while player counts rose, they did not exceed launch numbers nor a four-year anniversary celebration in 2015.

However, “The Witcher: Enhanced Edition” did enjoy a similarly disproportionate uptick, surpassing May 2015 peaks of 8,000-plus to reach 12,531 players by Dec. 29.

Unlike “The Witcher 2” and “The Witcher 3”, the first game in the series was only ever released on Windows PC and, eventually, Mac OS X.

Though its age certainly shows by modern standards, a wealth of community-created visual overhauls and gameplay tweaks have helped bring it closer to modern expectations, and a sale price of $1.49 (around P75) combined with low hardware requirements make it a low-risk introduction to the video game franchise. IB/JB

WATCH: ‘The Witcher’ and 4 other must-watch series for December