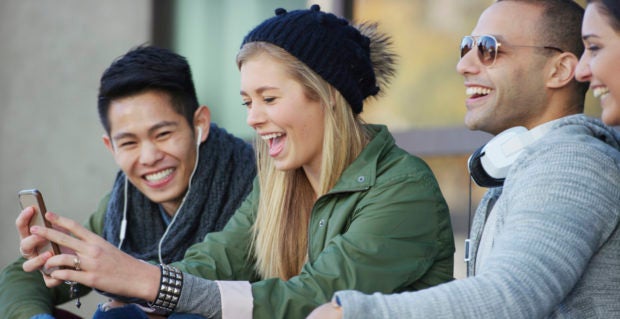 The smartphones of 2020 are slated to be the most innovative yet. Image: Istock.com/Christopher Futcher via AFP Relaxnews

Big things are in store for the smartphone industry in 2020: folding phones that flopped in 2019 are expected to get better, Apple’s upcoming iPhones are rumored to be 5G compatible, and a modern version of the retro Motorola Razr is expected to go on sale. Here are 10 devices you can expect to see introduced over the next 12 months.

The reveal of the next generation of Samsung’s Galaxy S flagship smartphone series is expected to take place in February. Based on the segment’s history, this model is likely to be launched with a handful of variants including a “lite” version, a “plus” version, and maybe even an “ultra” version.

Despite the original Galaxy Fold having a bit of a difficult run due to its extreme fragility, a second generation is rumored to be set to launch during the first half of 2020.

Like the Pixel 3, the Pixel 4 is expected to come in a budget version which will probably be called the Pixel 4a if Google continues with the same naming scheme. Likewise, as the Pixel 3a was launched in May, the 4a will probably hit the market this spring as well.

Rumors about the next generation of Google’s flagship series are currently few and far between; however, the expected launch is still at least nine months away. Given that the predecessors of the model were launched in October, we can expect to see this one unveiled during the same month.

It has been long suspected that the iPhone 12 series will be the first smartphone lineup by Apple to have 5G connectivity. In fact, this model is rumored to feature all-new tech and an all-new design that could finally remove that hefty — albeit iconic —notch at the top of the display.

According to a report published this past week, Apple could be launching not one, but two iPhone SE models before 2020 is up. For the time being, little is known about the models. If this report is accurate however that could bring the total of iPhones released in 2020 to six.

Like with previous generations, OnePlus’s upcoming flagship 8 series is expected to come in a standard version and in a Plus version. The devices are likely to be outfitted with the latest processors and tech currently on the market for a total price less than industry leaders like Apple and Samsung. We can expect to see the pair of devices unveiled in May.

Despite the hurdles Huawei has faced throughout 2019 created by the United States blacklisting, Huawei is still planning on releasing a new version of its P series in Paris this March. According to the company CEO, the lineup will have a “never seen” design.

Based on when the Mate 20 and 30 dropped, it’s likely we won’t be seeing the Mate 40 lineup until later this year. As time draws closer to September and October, more details about the series will probably be leaked. Details are sparse right now.

The contemporary rendition of the Motorola Razr, the iconic flip phone that took the early 2000s by storm, announced back in November, is expected to go on sale early this year. While the original release date was scheduled for early January, it was delayed. No alternate date has been announced yet, but it will likely be during the first half of the year.

In addition to these releases, launches are also expected from Xiaomi, Sony, Nokia. CL/JB