US warns citizens in China over mystery pneumonia outbreak 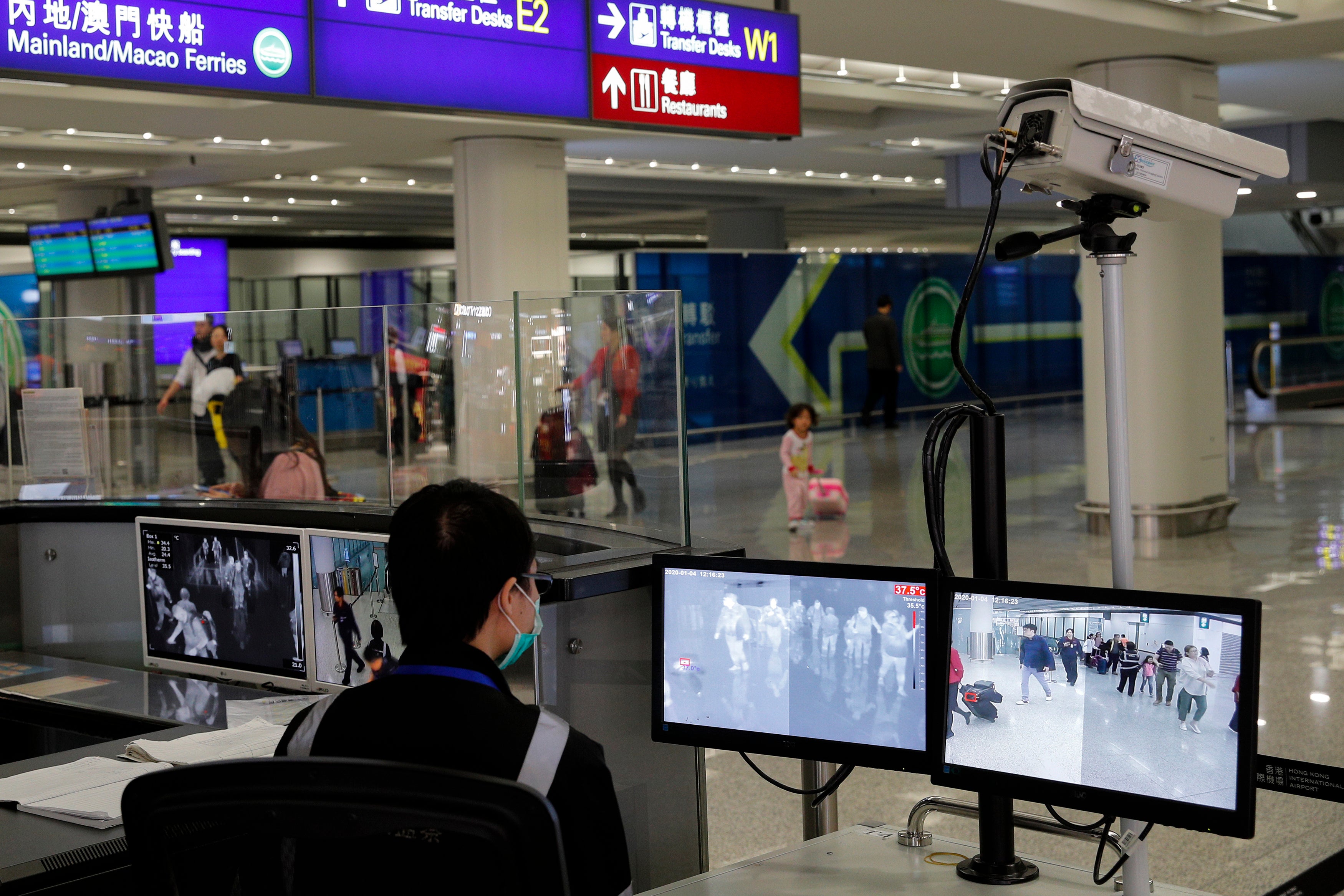 A health surveillance officer monitors passengers arriving at the Hong Kong International airport in Hong Kong, Saturday, Jan. 4, 2020. Hong Kong authorities activated a newly created “serious response” level Saturday as fears spread about a mysterious infectious disease that may have been brought back by visitors to a mainland Chinese city. (AP Photo/Andy Wong)

BEIJING, China — Americans traveling in China should avoid animals and contact with sick people as the country grapples with a mystery pneumonia outbreak, the U.S. embassy in China said Tuesday.

The viral illness was first reported last week in Wuhan, a central Chinese city with a population of over 11 million, and has since grown to at least 59 cases.

Chinese health officials have ruled out a resurgence of the highly contagious SARS virus, which killed hundreds more than a decade ago after fears spread online that it had made a comeback.

“Be aware and practice usual precautions,” said the health alert issued by the US embassy, which urged citizens to seek medical care “right away” if they felt sick after traveling to Wuhan.

The outbreak of pneumonia comes just a few weeks before China’s busiest travel season of the year, when millions of people take buses, trains, and planes for Lunar New Year.

The upcoming holiday has prompted concerns in Taiwan, where vice-premier Chen Chi-mai has urged the island’s health and welfare ministry to strengthen quarantine controls at airports and “plan properly.”

On Monday, Taiwan’s center for disease control also advised residents planning to travel to or near Wuhan to wear masks and avoid contact with wild animals.

In Hong Kong, authorities say 21 people have been hospitalized after returning from Wuhan in recent days and displaying flu-like illnesses but none were confirmed to have contracted the mystery new strain.

Nonetheless, officials have raised the alert level to “serious” and rolled out extra monitoring measures.

So far, none of the 59 patients infected with pneumonia have died though seven are seriously ill, according to Wuhan’s health commission.

All are being treated in quarantine and no obvious evidence of human-to-human transmission has been found so far, it said Sunday.

The infection broke out between December 12 and 19, with some of the patients employed at a seafood market in the city that has since been closed for disinfection.

Avian flu and Middle East Respiratory Syndrome (MERS) have also been ruled out alongside SARS, it added.

“The reported link to a wholesale fish and live animal market could indicate an exposure link to animals,” the World Health Organization (WHO) said on Sunday.

“Pneumonia is common in the winter season,” it added, and said the concentration of cases should be handled “prudently”.