Chinese firms push ahead at CES despite trade war 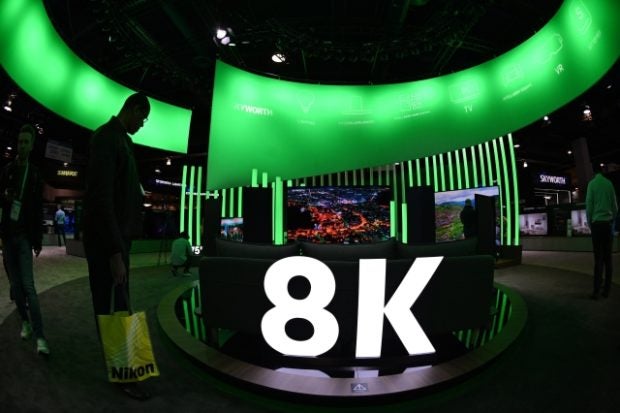 Chinese makers of televisions, smartphones and much more were very much present at the premier Consumer Electronics Show (CES), undeterred by their country’s trade war with the United States.

“Companies are all capitalists, and I think everyone is just holding their breath,” said analyst Patrick Moorhead of Moor Insights and Strategy. “I think nobody wants to burn any bridges right now, and almost everybody is acting like there are not any issues.”

Titans such as Huawei, TCL, Skyworth, Hisense and Lenovo once again had eye-catching booths on the show floor where throngs of CES goers checked out their latest innovations.

The number of Chinese exhibitors, overall, was down slightly with some smaller companies skipping the show, according to Sarah Brown, communications director of the Consumer Technology Association that runs the annual gadget extravaganza.

TCL showed off new 8K televisions, and teased a set of new smartphones, one of them synched to super-fast 5G telecom networks, aimed specifically at the U.S. market.

“We can see that the relations between China and U.S. are getting better,” TCL overseas business group general manager Harry Wu told Agence France-Presse. “At the same time we have a supply chain worldwide, no matter Mexico, Vietnam, India or other countries, we have plans to support our sales in U.S.”

Wu held firm that TCL has not changed its focus or global business plans due to trade tensions between China and the U.S.

TCL has gained ground fast in the U.S. television market, and sees an opportunity to take advantage of growing brand recognition by broadening its line-up of devices, according to senior vice president Chris Larson.

“TCL is huge in China but has factories in Mexico, so it ships goods from Mexico factories to get around tariffs,” noted Techsponential analyst Avi Greengart.

China-based Skyworth TV has chosen now to enter the U.S. market with rich, big-screen televisions — one an 8K model priced at $5,999 (around P303,000). Skyworth is a well-established TV brand in its home country.

“Our high-end products are more mature and more competitive than ever,” said Skyworth chief brand officer Leo Tang. “We’re confident that with the strength of our brand and the quality of our products, Skyworth can start gaining more traction in the U.S. regardless of external challenges.”

Chinese companies were plentiful on the expansive show-floor at CES, which wraps up on Friday. Huawei, which has been disparaged by the U.S. government, had its wares on display as it has done at CES for years.

“The fact that we have Chinese companies here is encouraging,” said Creative Strategies technology analyst Carolina Milanesi. “So they’re not boycotting and they see the opportunity. At the end of the day, for all the brands, it’s about reaching the biggest addressable market.”

Analysts noted that CES attracts a global crowd, and even though it takes place in the U.S. alliances, deals made here could be aimed at cultivating business elsewhere.

“CES is really a global show, so these companies are sometimes coming to CES but not with the U.S. market in mind,” said Brown of the Consumer Technology Association.

“For certain, if you don’t show up for this event, and you are from China, your potential for getting future business from the U.S. goes down,” said analyst Moorhead. RGA

Privacy, once hidden topic, gets attention at CES tech show

CES gadget show: How watching TV will change in the 2020s