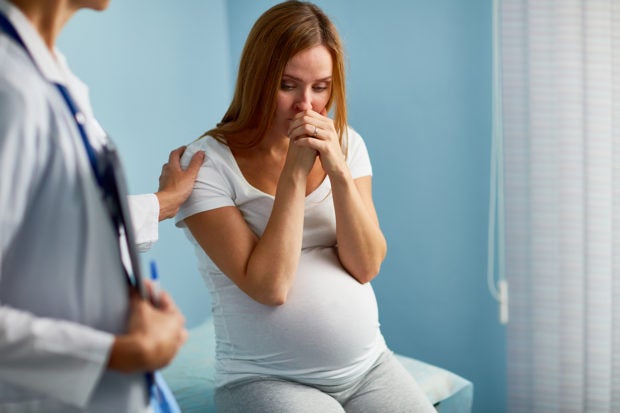 New European research has found that one in six women experience long-term post-traumatic stress following a miscarriage or ectopic pregnancy.

Carried out by researchers at Imperial College London, United Kingdom, and KU Leuven in Belgium, the new study is the largest to date to look at the psychological impact of early-stage pregnancy loss and included more than 650 women attending the Early Pregnancy Assessment Units at three London hospitals.

The women were asked to complete questionnaires that asked about their feelings and behaviors one month after pregnancy loss, then again three and nine months later.

Their responses were then compared to 171 women who had healthy pregnancies.

The findings, published in the journal American Journal of Obstetrics and Gynaecology, showed that the women who had a healthy birth had significantly lower levels of psychological symptoms than those found in women who had suffered early pregnancy loss.

The women experiencing post-traumatic stress reported regularly re-experiencing the feelings associated with the loss of their baby, and experiencing intrusive or unwanted thoughts about the loss. Some women also had nightmares or flashbacks.

Lead author of the study, Professor Tom Bourne, commented on the findings saying, “Pregnancy loss affects up to one in two women, and for many women it will be the most traumatic event in their life. This research suggests the loss of a longed-for child can leave a lasting legacy and result in a woman still suffering post-traumatic stress nearly a year after her pregnancy loss.”

Dr. Jessica Farren, first author of the research, also added that, “We have made significant progress in recent years in breaking the silence around mental health issues in pregnancy and postnatally, but early pregnancy losses are still shrouded in secrecy, with very little acknowledgment of how distressing and profound an event they are.”

“Many women don’t tell colleagues, friends or family they are pregnant before the 12-week scan, leaving them feeling unable to discuss their emotions if they suffer a pregnancy loss. We also know partners can suffer psychological distress following miscarriage or ectopic pregnancy and are investigating this in ongoing research.” IB/NVG