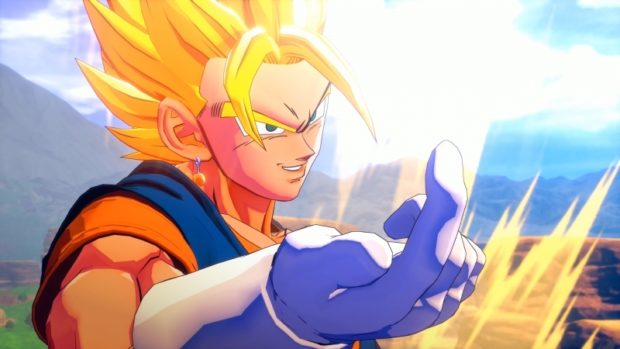 Such have been advancements in video game development that titles based on animated series are in many ways indistinguishable from their originators.

None more so than “Dragon Ball Z: Kakarot”, which hurls players into not one but four major story arcs from the historic animé series, taking players through the Saiyan, Freiza, Cell and Buu sagas — a whistlestop tour through the legendary show’s original nine-season run.

In some ways, “Kakarot” makes the story even more accessible, with developer CyberConnect2 inserting backstory elements that explain what’s going on and why it’s important to “Dragon Ball Z”.

Leading players through all this is main character Goku, once known as Kakarot, a boy with a monkey’s tail who becomes one of the most powerful warriors in the universe.

Though it’s not a fully open-world experience like “Marvel’s Spider-Man”, “Zelda: Breath of the Wild” or a “Grand Theft Auto” game, “Dragon Ball Z: Kakarot” is divided into subsections of varying size that players can roam around, hunting for combat, iconic characters and collectibles.

Battle is where the game’s primary focus lies, with moves from the series faithfully replicated and a complicated progression system inviting players to enhance their characters as much as possible. Just like in the shows, it’s all about attaining a final, most powerful form.

Initial reviews have been welcoming if not altogether ecstatic, leading to a 77/100 from OpenCritic’s top contributors and a 78/100 via Metacritic’s weighted average: dull side quests, combat that becomes repetitive late on in the 30-to-40 hour experience and fan familiarity with its story were cited as its weaker points.

Neither is “Kakarot” a multiplayer experience (outside of passing a controller between players) — for that, there’s the extremely well-rated “Dragon Ball FighterZ”, or the co-op quests and versus encounters of “Dragon Ball Xenoverse 2”.

Still, and especially for those less immersed in “Dragon Ball Z”‘s nine-season run, there’s a lot here to enjoy. Plus, despite its length, “Kakarot” has a lower time commitment than the five days it would take to watch the nearly 300-episode animé.

‘Lord of the Rings’ to receive new game, TV show