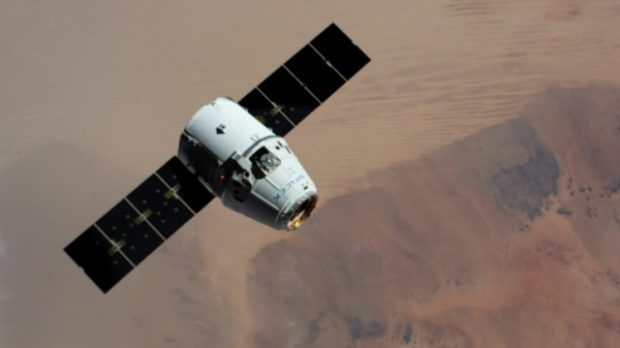 Three of the baked cookies returned to Earth on the SpaceX Dragon spacecraft and will undergo testing by food scientists to determine if they are edible. Image: HO – NASA/AFP/File

Astronauts on the International Space Station have baked the first cookies in space, but they took far longer than on Earth.

Cookies take around 15-20 minutes to bake on Earth but the astronauts discovered that their most successful efforts required at least two hours in the oven in space. The first and second cookies were in the oven for 25 minutes and 75 minutes but were still under-baked.

“We made space cookies and milk for Santa this year,” Koch tweeted.

The prototype oven which can be used in microgravity was designed and built by Nanoracks and Zero G Kitchen while the Double Tree by Hilton hotel chain supplied the raw cookie dough.

“While we have initial visual and scent feedback from the crew aboard the ISS, we’re excited to dive into fully understanding the baking results — including breaking down why the bake time and temperature in space varies from what we are used to seeing on Earth,” Mary Murphy, a Nanoracks payloads manager, said in a statement from Hilton.

Three of the cookies returned to Earth on the SpaceX Dragon spacecraft on January 7 and will undergo testing by food scientists to determine if they are edible.

“Currently on the International Space Station there’s really a limited ability to prepare foods in ways that we’re used to,” Zero G Kitchen founder Ian Fichtenbaum said in a video posted by Hilton.

TOPICS: baking, Christina Koch, cookies, International Space Station, Space
Read Next
Scientists to search for relatives of extinct Galapagos tortoises
EDITORS' PICK
Cebu City closes its borders
Style and music journeys with Claudia Barretto
DILG to stranded workers: ‘Stay where you are’ until Luzon-wide quarantine is over
UP-PGH wards for COVID-19 patients finished in 5 days
DILG says middle class will also get govt aid during Luzon-wide quarantine
IATF: Food firms to operate with 50% of workforce during Luzon quarantine
MOST READ
Locsin blasts DOH for blocking entry of Chinese doctors
Another doctor dies due to COVID-19 in Cebu City, doctor-husband critical
DOH pressed to expand, speed up virus testing
No more bread? Company forced to limit production
Don't miss out on the latest news and information.