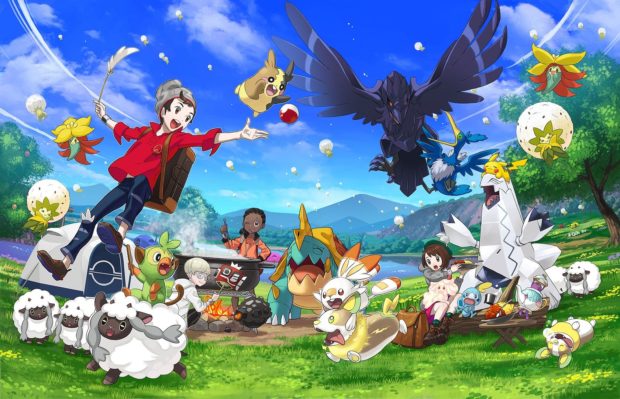 The inaugural year of competitive play for the Nintendo Switch’s “Pokémon Sword and Shield” will culminate in a three-day 2020 Pokémon World Championships held Aug. 14 to 16 at the ExCel Center in London, England.

It is an invitational tournament, so players who have accrued a minimum amount of points from official Pokémon Championship Series events will be in line for a berth at the World Championships.

Full details on points total requirements and eligible feeder tournaments can be found at the official Pokémon.com website; as well as finals for the current editions of the “Pokémon” video game, the World Championship also host finals for the franchise’s official trading card game.

The 2019 finals were held in Washington DC, United States.

As for “Gran Turismo”, Sony’s longstanding PlayStation motor racing franchise has a championship series of its own on the starting grid.

The FIA Gran Turismo Championships 2020 Series begins with a 12-team Manufacturer Series and 24-player Nations Cup event at the Big Top in Sydney, Australia’s Luna Park over the weekend of Feb. 15 to 16.

A Sydney start for 2020’s “Gran Turismo” World Tour had been suspected ever since event sponsor Tag Heuer briefly posted an announcement earlier in January.

The timepiece manufacturer is running a sweepstake between Jan. 24 and 31 for a two-person, all-expenses-paid trip to the event, plus entry to a Pro-Am competition and a meet and greet with the franchise creator, Kazunori Yamauchi.

Further dates in the GT 2020 World Championship calendar are to be announced.

The 2019 Championship Series began with a March event in Paris, France, with further stop-offs at Germany’s legendary Nürburgring circuit, in New York, U.S. and at the Red Bull Hangar-7 at Salzburg Airport in Austria, before concluding with an October date in Tokyo, Japan.

Competitors qualify through an Online Series and from there are invited to participate in World Tour events. RGA