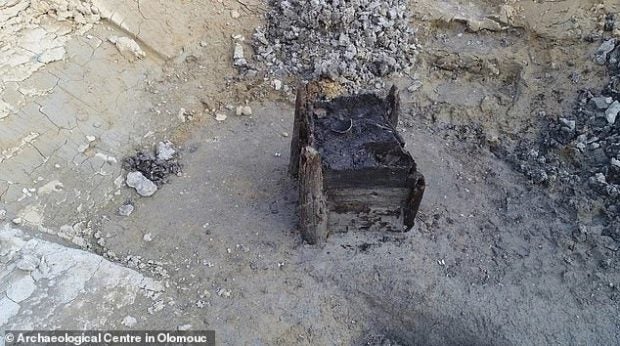 “We have carried out a dendrochronological analysis and confirmed it with radiocarbon dating,” said Jaroslav Peska from the Archeological Centre in the eastern Czech city of Olomouc.

“The well dates back to 5,256-5,255 BC. There is currently no older man-made wooden structure dated by dendrochronology in the world, although this may change in the future,” Peska told AFP.

Originally about four meters (yards) deep, the well was found in 2018 at the site of a future motorway about 120 kilometers (75 miles) east of the capital Prague.

“We dug up a lower wooden part of the well that is 1.4 meters high and which rose to the surface,” said Peska.

The CTK news agency reported the well had wooden posts in corners with grooves for planks, a technology that scientists thought had been used much later.

The archaeologists removed the well together with soil which is also being tested to give scientists an idea of the environment of the Neolithic era, the last period of the Stone Age.

“The well is under conservation now, and when that’s done, it will be taken to a museum in (the nearby city of) Pardubice in about two or three years,” said Peska. NVG

Oldest image of Venice discovered dating back to 14th century