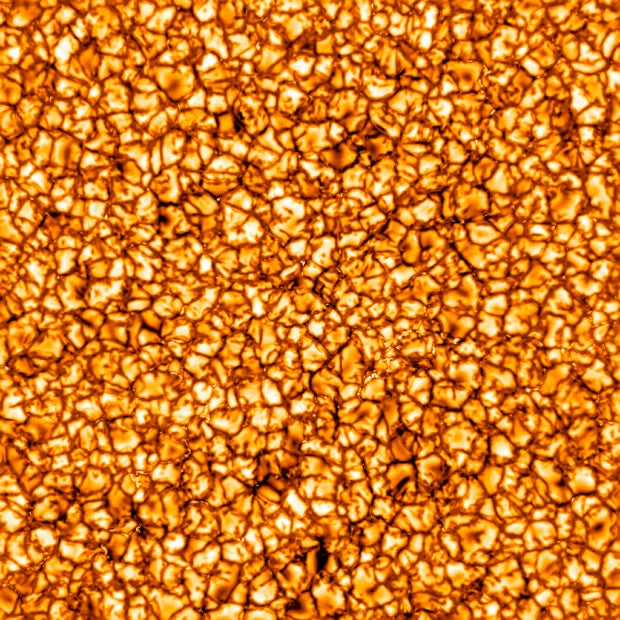 This undated photo provided by the National Science Foundation in January 2020 shows on of the Daniel K. Inouye Solar Telescope’s first images of the sun, revealing its turbulent gas surface in what scientists called unprecedented detail. Image: NSO/NSF/AURA via AP

NEW YORK — A telescope in Hawaii has produced its first images of the sun, revealing its turbulent gas surface in what scientists called unprecedented detail.

They show the surface covered with bright cell-like areas, each about the size of Texas, that result from the transporting of heat from the sun’s interior. The telescope can reveal features as small as 18 miles (30 km) across, according to the National Science Foundation, which released the images Wednesday.

Further observations will help scientists understand and predict solar activity that can disrupt satellite communications and affect power grids, the foundation said. The telescope is on the island of Maui. NVG