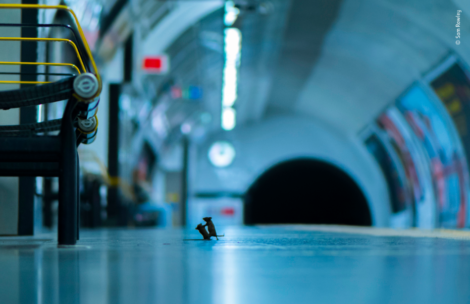 A photo that captured an epic battle between two mice on the subway got the voters’ hearts in the international Wildlife Photographer of the Year competition conducted by the Natural History Museum.

The winner of the LUMIX People’s Choice Award this year is a photo titled “Station Squabble” by British photographer, Sam Rowley, as seen on Wildlife Photographer of the Year’s Facebook page last Wednesday, Feb. 12.

“This fight lasted a split second, before one grabbed a crumb and they went their separate ways,” the post stated.

Rowley told the award-giving body that he was ecstatic about winning the award.

“It’s been a lifetime dream to succeed in this competition in this way, with such a relatable photo taken in such an everyday environment in my hometown,” Rowley was quoted as saying.

He added, “I hope it shows people the unexpected drama found in the most familiar of urban environments.”

We are delighted to announce that the winner of the Lumix UK #WPYpeopleschoice Award is British photographer Sam Rowley,…

Posted by Wildlife Photographer of the Year on Tuesday, February 11, 2020

The Natural History Museum said of the winning entry: “Sam discovered the best way to photograph the mice inhabiting London’s Underground was to lie on the platform and wait.”

Rowley’s “Station Squabble,” according to Peta Pixel’s report on Feb. 11, was selected from over 48,000 images submitted for the competition.  /ra