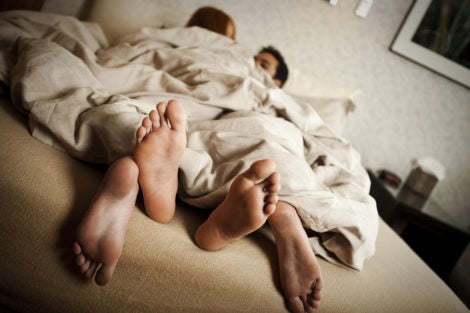 New research has found that there may be a link between an individual’s number of sexual partners and their risk of cancer. Image: IStock.com/redhumv via AFP Relaxnews

New research has found that having 10 or more sexual partners in a lifetime appears to be linked to a higher incidence of being diagnosed with cancer.

Carried out by researchers from Canada, Vienna, Italy, the United Kingdom and Turkey, the new study looked at data gathered from the English Longitudinal Study of Ageing (ELSA), which followed a nationally representative sample of 2,537 men and 3,185 women aged 50 and over living in England.

The participants were asked how many sexual partners they had had during their lifetime, with the answers categorized as zero to one; two to four; five to nine; and 10 or more sexual partners. The participants were also asked to rate their own health, including any long-term conditions, and provide information on their age, ethnicity, marital status, household income, smoking status, physical activity levels and any depressive symptoms.

The findings, published online in the journal BMJ Sexual & Reproductive Health, showed that there was a statistically significant association between the number of lifetime sexual partners and a cancer diagnosis among both men and women.

For women, those who reported having 10 or more partners were 91% more likely to have been diagnosed with cancer compared with women who reported zero to one sexual partner.

The results also showed that for women, having a higher number of sexual partners was also linked to a higher chance of having a long-term health condition, with women who reported five to nine or 10+ lifetime sexual partners 64% more likely to have a chronic condition that impacted their daily routine than those who said they had had zero to one partner. However, the same association was not found among the men.

For both sexes, a higher number of sexual partners was also found to be associated with younger age, single status, being in the highest or lowest brackets of household wealth, smoking, frequent drinking, and doing more vigorous physical activity.

The researchers point out that as the study is observational, they cannot establish a cause and effect relationship. However, they add that the findings are in line with previous studies that have suggested that sexually transmitted infections could be involved in the development of several types of cancer and hepatitis. They also add that the reason why there is a difference between men and women with regards to their risk of having a long-term condition remains “elusive,” especially considering that men tend to have more lifetime sexual partners than women, and women are more likely than men to see a doctor when they feel ill. CL /ra