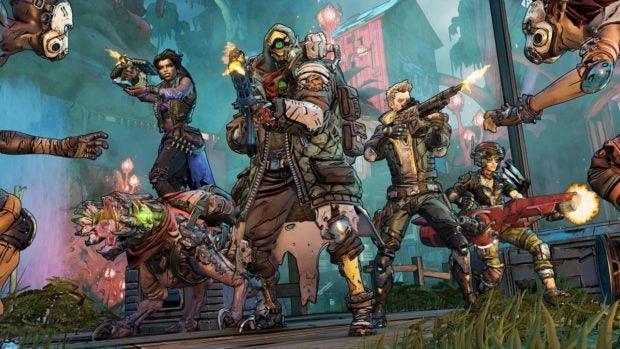 The director of “Hostel,” “Death Wish” and “The House with a Clock in Its Walls” has been linked with a video game adaptation in a deleted tweet.

Eli Roth is now expected to take the reigns of a “Borderlands” movie project, per a tweet sent and then withdrawn by the game franchise’s development studio.

“Please welcome [him] to the team and be sure to catch the [Gearbox] Main Theater Show at PAX East on 2/27 to learn more.”

Though the Splat Pack director is best known for the graphic violence and torture of the “Hostel” films and “The Green Inferno,” his resumé also includes horror-comedy “Cabin Fever,” Bruce Willis’ action movie “Death Wish” and PG-rated fantasy adventure “The House with a Clock in Its Walls”.

Meanwhile, the violence of the “Borderlands” franchise has for the most part been tempered by irreverence, humor, vibrant characters and a comic-book style.

Debuting in 2009, “Borderlands” accrued an enthusiastic fanbase and expanded on it through 2013’s “Borderlands 2” and then, most recently, late 2019’s “Borderlands 3” for PlayStation 4, Xbox One, PC, Mac and Google Stadia.

The third core game was officially announced at PAX East in March 2019, with Gearbox boss Randy Pitchford now promising more “Borderlands” content of one form or another during their Feb. 27 stage presentation.

A “Borderlands” film was announced in 2015 and resurfaced again in 2019 alongside a resurgence in “Borderland 3”-related interest.

The release of “Borderlands 2” for PlayStation VR in late 2018 was accompanied by an effects-laden live-action trailer which, some suggested, doubled as a concept teaser for the movie project. CL /ra