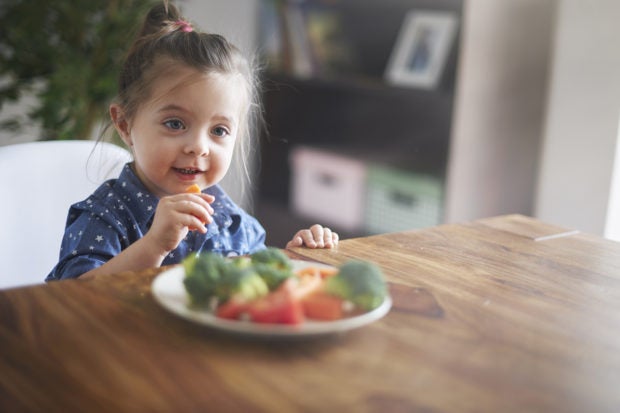 According to the WHO, low fruit and vegetable consumption is among the top 10 risk factors for global mortality. Image: gpointstudio/Istock.com via AFP Relaxnews

In terms of nutrition, parents are the ultimate role model for their children, and their influence has even more impact when they both set an example, a recent Finnish research study suggests.

If you would like your child to eat more fruit and vegetables, it is up to you to set an example. And it is even better if both parents get involved, suggests a study by the University of Eastern Finland published in Food Quality and Preferences.

Previous research studies have confirmed that parents’ influence on their children’s eating habits begins as early as the first year after birth. Children learn what, when and how much to eat, largely by observing the eating behaviors of others.

To determine the extent to which parents’ eating habits could influence their children’s, the authors of this new study surveyed 114 children between the ages of 3 and 5 and 100 parents, to determine what foods they consumed at home.

Overall, the results suggest a low consumption of fruits and vegetables among children aged 3 to 5 and their parents. Cooked vegetables and berries were the foods least consumed by participants, the study notes.

“This shows that teaching children to eat their greens is not something mothers should be doing alone. A positive example set by both parents is important, as is their encouragement of the child,” points out nutritionist and researcher Kaisa Kähkönenn, who was also the lead author of the study.

Parents’ responses also suggest that dinner is the most important meal at home when it comes to teaching children to eat vegetables and fruit.