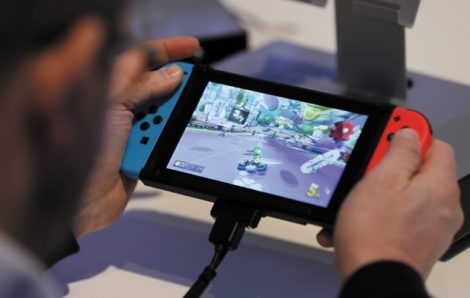 SEOUL — The South Korean government is looking to revise the law that governs the games industry, with a view to supporting its growth rather than constraining it.

For a nation that boasts ultrafast connectivity and a culture of internet cafes, one that is home to world-famous esports figures like League of Legends player Faker, Korea is a less ideal environment for game companies than one might imagine. A number of unusual speed bumps hinder a smooth ride on the path to growing a business.

For 2020, the Culture Ministry has taken on the task of rewriting the law. Seeing a rare opportunity to change the winds, the industry is eager to delve into the details and “set everything right.”

The first official draft of the revised legislation was made accessible at an open debate last Tuesday at the Nexon Arena in Seocho-gu, Seoul.

The attendees agreed that the games industry, which has posted an annual average growth rate of 9.2 percent since 2009, is not an industry to be played down or considered lightly. The sector reaped combined revenue of 14.2 trillion won ($11.8 billion) in 2018 and accounted for approximately 7.5 trillion won in exports.

But despite all that their industry has achieved, Korean developers and game company employees are unhappy about the societal perception that stigmatizes what they do. Many say the existing Game Industry Promotion Act falls short of serving its original purpose.

The act became law April 28, 2006, with a mission to actively respond to the changing environment in the games industry, to improve the rights of players and to establish a healthy gaming culture.

It has been amended 17 times since then, to reflect the evolving situation.

However, this time around, if the effort is successful it will undergo a complete facelift for the first time.

The ministry’s bill, tentatively called the Game Business Act, would remove any negative connotations attached to the word “game” in the law.

While the law currently centers on preventing gambling and protecting teenagers, the revised act would also focus on fostering the industry, such as by streamlining administrative processes.

State-led research on worldwide game technologies and the fostering of next-generation developers would become the official responsibilities of the Culture Ministry, which would also provide subsidies and other support for small and medium-sized game companies.

Details of the bill need to be fine-tuned, the ministry said.

At the Tuesday event, participating experts offered their opinions on the draft, with some questioning the feasibility of forcing foreign game service providers to appoint local representatives to answer Korean players’ woes. They also questioned how to determine the legal scope of the term “loot box,” an item for which players pay money without knowing what they will get. Many jurisdictions restrict game companies from offering loot boxes, which are seen as a form of gambling.

The final draft of the bill will be submitted to the 21st National Assembly after the general elections take place April 15.