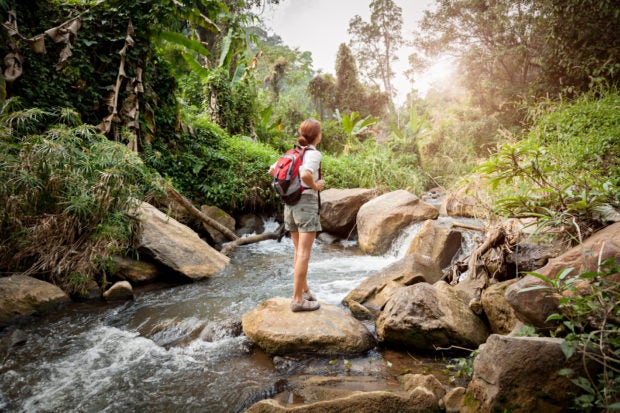 A new American research has found that spending as little as 10 minutes in nature can help relieve college students’ physical and mental stress and anxiety.

For the new study, a team of researchers from Cornell University reviewed 14 previous studies that had investigated the effects of spending time in nature on college-age participants, which was defined as no younger than 15 and no older than 30.

The studies had taken place in Japan, Sweden and the United States, and had recorded the amount of “treatment” time, which is the hours or minutes spent in nature, any changes in measures of mental health and well-being before and after time in nature, and compared the participants’ mental health in urban environments and natural environments.

The research, published in the journal Frontiers in Psychology, showed that spending 10 to 50 minutes in a natural setting appeared to help improve the students’ mood, focus and physiological markers of stress like blood pressure and heart rate.

“It doesn’t take much time for the positive benefits to kick in–we’re talking 10 minutes outside in a space with nature,” said lead author Gen Meredith. “We firmly believe that every student, no matter what subject or how high their workload, has that much discretionary time each day, or at least a few times per week.”

As for the team finding 50 minutes was the upper limit to reap the benefits of time in nature, co-author Donald Rakow explained, “It’s not that there’s a decline after 50 minutes, but rather that the physiological and self-reported psychological benefits tend to plateau after that.”

The researchers also found that students need only to be sitting or walking in a natural environment for nature to have a positive effect on their health.

“We wanted to keep this access to nature as simple and achievable as possible,” said Rakow. “While there is a lot of literature on longer outdoor programs, we wanted to quantify doses in minutes, not days.”

Meredith added, “This is an opportunity to challenge our thinking around what nature can be. It is really all around us: trees, a planter with flowers, a grassy quad or a wooded area.”

The team said that the findings now provide evidence that spending time in nature could be “prescribed” as a form of treatment for preventing or improving stress, anxiety, depression and other mental health issues that are experienced by college students, with the new study also suggesting what “dose” of treatment might be needed to show an effect.

“Prescribing a dose can legitimize the physician’s recommendation and give a tangible goal,” said Meredith. “It’s different than just saying: ‘Go outside.’ There is something specific that a student can aim for.” IB /ra