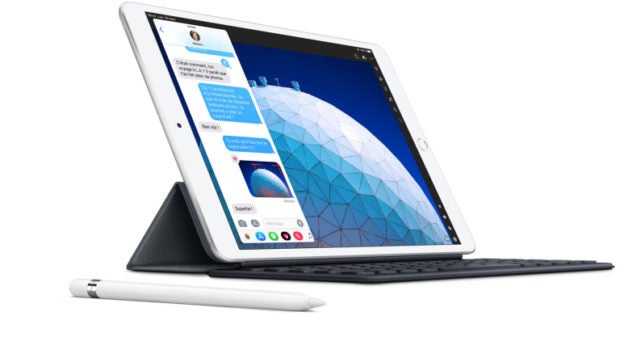 The next iPad keyboard accessory could have a built-in trackpad. Image: courtesy of Apple via AFP Relaxnews

According to a report, later this year Apple will be launching an iPad keyboard with a built-in trackpad alongside the next iteration of the iPad Pro.

In another push to make the iPad a more practical alternative, or even a complete replacement, to laptop computers, Apple will be reportedly releasing an iPad keyboard with an integrated trackpad, according to The Information.

The accessory is said to be manufactured by Foxconn Technology and is slated to hit the market later this year alongside the next generation of the iPad Pro.

Over the summer of last year, Apple launched mouse support for the iPad, too, giving the tablet a more laptop-like interface; however, this tech was developed as an accessibility feature and has to be enabled within the accessibility menu. Instead of the traditional pointer that most desktop and laptop users are accustomed to, the cursor that is activated on the iPad is actually a fingerprint sized circle with a dot in the center.

A trackpad will offer users a more conventional navigation experience; in fact, this launch suggests that more classical mouse support could be in the cards. JB