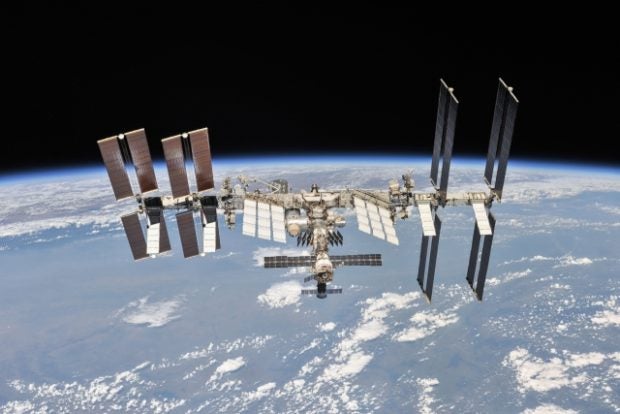 The International Space Station photographed by Expedition 56 crew members from a Soyuz spacecraft after undocking, on Oct. 4, 2018. Image: AFP/ NASA/Roscosmos

SpaceX on Thursday announced a partnership to send three tourists to the International Space Station (ISS), the first private trip in more than a decade.

Elon Musk’s company has signed a deal with Axiom Space to transport the tourists along with a commander on one of its Crew Dragon capsules in the second half of 2021.

Axiom chief executive officer Michael Suffredini said the flight “will represent a watershed moment in the march toward universal and routine access to space.” He did not reveal a price tag.

The cost of launching a SpaceX Falcon 9 rocket is around $60 million and, throwing in the cost attached to building a new capsule, the project price tag could exceed $100 million.

Each ticket is therefore likely to cost tens of millions of dollars.

Eight space tourists have so far gone to the ISS on Russian Soyuz rockets with the company Space Adventures.

The first was Dennis Tito, who paid $20 million for an eight-hour stay on the ISS back in 2001. The last to go was Cirque du Soleil founder Guy Laliberte, in 2009.

Last month, SpaceX announced a partnership with Space Adventures to send four tourists deeper into orbit than any private citizen before them.

This mission is also projected for late 2021 at the earliest, but more likely 2022.

The two are developing vessels to send tourists just beyond the border of space (80 kilometers or 100 kilometers — up to 62 miles — depending on how each defines it).

SpaceX’s offering is far more ambitious and powered by the same reusable Falcon 9 rocket that puts satellites into space and sends astronauts to the ISS.

At the same time, Boeing is also developing a crew capsule called Starliner, also with the intention of transporting United States astronauts to the ISS.

Like SpaceX, Boeing envisages sending tourists into space, but the program’s development is hampered by major glitches that resulted in the early termination of an uncrewed test flight in December. RGA

TOPICS: Elon Musk, International Space Station, Space Adventures, Space Tourism, SpaceX
Read Next
Twitter broadens ban on ‘dehumanizing’ comments
EDITORS' PICK
Water remains our saving grace right now
Current dominant strain of COVID-19 more infectious than original—study
EuroMillions Superdraw: A lottery draw unlike any other is coming to the Philippines
‘Justice will be done,’ Duterte assures as he vowed probe on Jolo incident to bare ‘truth’
Smart releases Hyun Bin’s second TVC
DOLE: Return of OFWs’ remains from Saudi to be ‘delayed,’ deadline moved to ‘early next week’
MOST READ
Locsin warns of ‘severest response’ if China’s army drills in SCS ‘spill over’ to PH domain
BREAKING: Duterte signs anti-terror bill into law
Duterte tells military: No other president looked at you the way I did
INQ animated bar graph: How severe is COVID-19 in Southeast Asia
Don't miss out on the latest news and information.