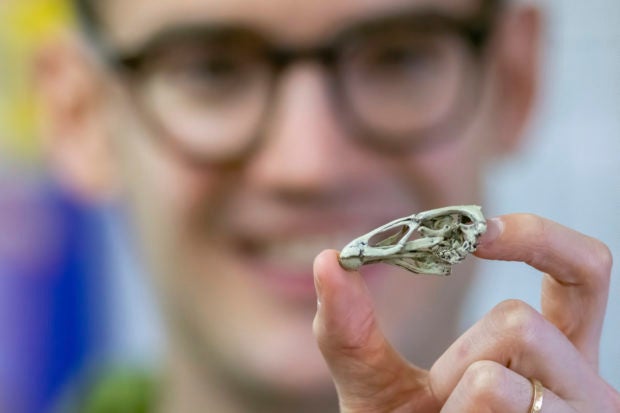 A tiny fossil skull nicknamed “Wonderchicken” is giving scientists a rare glimpse at early ancestors of today’s birds. It may be the oldest known fossil from this group.

With a face like those of today’s chicken-like birds and a back portion like that of living duck-like birds, Wonderchicken is ” down near the bottom of the modern-bird family tree,” said Daniel Field of Cambridge University.

He and others announced the find in a report released Wednesday by the journal Nature. They named the creature Asteriornis maastrichtensis, but let’s stick with Wonderchicken.

Found in Belgium, it is some 66.7 to 66.8 million years old. A previously reported Antarctic fossil find is about as old, but its precise age and place on the evolutionary tree are not clear. Field said the Belgian skull is slightly older.

It appeared as a block of broken rocks with some broken leg bones sticking out. After it was donated to a museum, Field tried CT scanning to get a better look at those bones. To his astonishment, the scanning revealed a well-preserved skull inside the rock “staring out of the computer screen right at us.”

The leg bones let researchers estimate the creature was the size of a very small duck, weighing only about 14 ounces (395 grams). Its legs were long and slender, and it was evidently a shorebird and it could probably fly, Field said.

Wonderchicken lived just before the asteroid impact that is blamed for killing off many species, most notably the giant dinosaurs. That suggests the evolution of the family tree for modern-day-birds was in a very early stage when the asteroid struck, Field said. 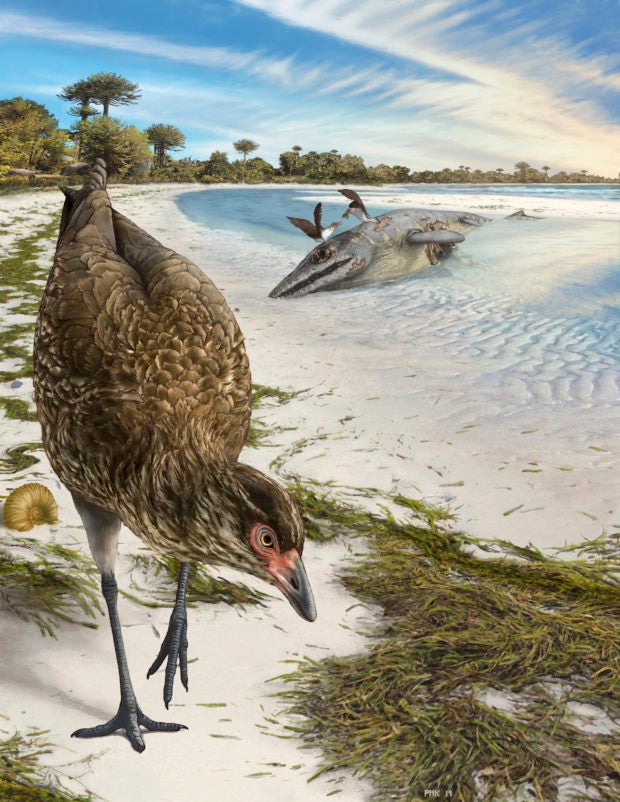 This illustration by Phillip Krzeminski provided by researchers in March 2020 shows the world’s oldest modern bird, Asteriornis maastrichtensis, nicknamed the “Wonderchicken,” in its original environment. Image: Courtesy of Phillip Krzeminski via AP

Close relatives of Wonderchicken survived the cataclysm, and the fossil itself shows some traits that have been proposed as beneficial for making it through, Field said. It was small, and its legs suggest it did not live in trees, an important factor since forests were thought to have been devastated by wildfires.

“It also probably paid to not be picky about what you are eating,” since there was not much on the menu in the aftermath of the asteroid strike, Field said. Wonderchicken’s beak shows no signs of a specialized diet, he said.

Scientists unconnected to the research were enthusiastic.

Kevin Padian, a paleontologist at the University of California, Berkeley, said the fossil provides the best evidence yet of when and how the earliest ancestors of today’s birds evolved.

Julia Clarke, a fossil-bird expert at the University of Texas at Austin, said the fossil “has a lot of information that can start to add to our picture of the earliest steps” in the proliferation of living birds species.

Fossils are snapshots, she said, and “right now our photo album has almost nothing in it” from this time period that relates to modern-day birds. “Any new picture is of key importance.” RGA