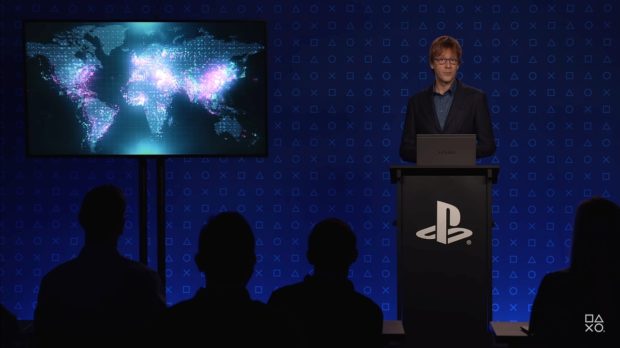 While the PlayStation 5’s hardware specifications fell short of the Xbox Series X’s raw power in many respects, its hard drive is, surprisingly, over twice as fast.

In a presentation originally intended for the Game Developers Conference, now postponed as a result of COVID-19 measures, lead PlayStation architect Mark Cerny instead helmed a 52-minute video, posted online on March 18.

While it soon became apparent that the PS5’s specifications were largely behind those of the Series X, Cerny’s strategy was to compare the PS5 to the PS4 instead, illustrating how much of a step change the next console generation represents.

Its solid state hard drive isn’t as large—825 gigabyte compared with 1 terabyte on the Xbox—but the unconventional size enables it to deliver that 5.5 gigabyte per second speed, Cerny said. Developers may even need to slow it down so that game data doesn’t load too fast.

Both PS5 and XSX are built on AMD architecture: an 8 core Zen 2 CPU and an RDNA 2 GPU, accompanied by 16 gigabyte of GDDR6 memory.

Again, the PS5’s GPU produces 10.28 teraflops of processing power from 36 Compute Units running at
2.23 gigahertz, while the XSX can achieve 12 teraflops from its 52 CUs running at 1.825 gigahertz.

Perhaps this is part of the rationale between Cerny’s comparisons not to the PlayStation 5 competitor but the PS4 hardware it will be replacing.

Its GPU is five times as powerful as the original PS4; its CPU speed, memory capacity, and memory bandwidth twice as much.

Cerny also described the PS5 CPU and GPU as having a variable frequency, a flexible solution geared toward managing internal temperatures and therefore performance.

In terms of games, both consoles are embracing compatibility with their predecessors; here, Xbox has been making great strides since early in the Xbox One generation, while PlayStation is targeting “almost all” of the top 100 PS4 games at launch.

Launch games, and launch price, are among the most crucial details still to be supplied by PlayStation and Xbox. IB /ra