A hug from mom or dad can calm infants, says new study 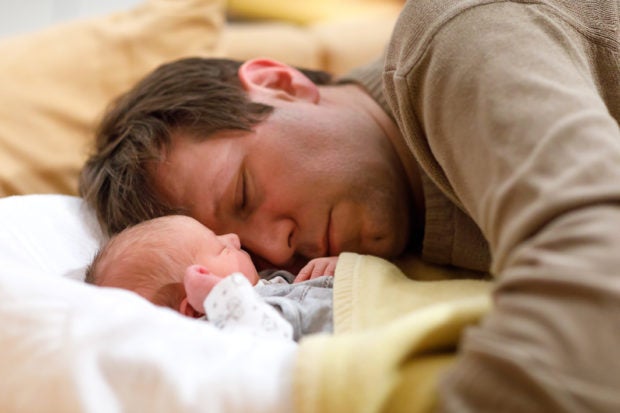 New Japanese research has found that even when children are as young as four months old, a hug from a parent can lower their heart rate and help calm them.

Carried out by researchers at Toho University and The University of Tokyo, the new study looked at babies less than a year old to see how a hug affected the infants’ heart rate in one of five situations; being held, hugged, and being tightly hugged by a mother, and being hugged by either parent and by a female stranger.

The findings, published in the journal iScience, showed that children as young as four months old experienced a greater reduction in their heart rate during a 20-second hug than a 20-second hold, and when receiving a hug from a parent, compared to a hug from a stranger.

In addition, hugging also seemed to help relax the parents.

“The infants older than four months old showed a high increase ratio of heartbeat intervals during hugging by their parents than by female strangers,” commented first author Sachine Yoshida. “Parents also showed a high increase ratio of heartbeats intervals by hugging their infants. We found that both infants and parents come to relax by hugging.”

Babies younger than four months didn’t show the same reduction in heart rate during a hug, but they did show a slower heart rate when a parent put their hand on their back while being held. The researchers say this suggests that babies of this age can’t distinguish between being held and being hugged like older infants.

They also added that the study is one of the first to find that hugging could be important for early bonding between parents and their children.

“Like most parents, we love to hug our children,” said Yoshida. “We also know that children love to be hugged by their parents. But what surprised us as scientists is how little we know about hugging.”

“Your baby loves to be hugged and loves how you hug your baby,” Yoshida adds. “Even though infants cannot speak, they recognize their parents through various parenting methods, including hugging, after four months old at latest. We hope that knowing how your baby feels while being hugged helps ease the physical and psychological workload of taking care of infants too young to speak.” JB

How to stop using food to reward and punish your kids