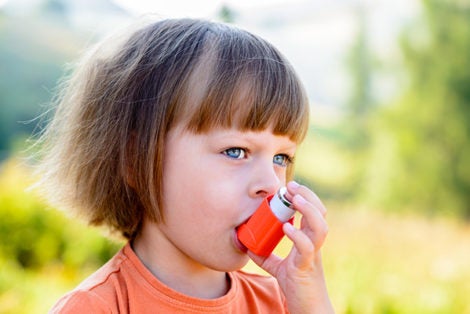 Putting an air filter in the bedrooms of children with asthma could help them breathe more easily, according to new research. Image: bubutu/Istock.com via AFP Relaxnews

New research has found that placing an air purifier in bedrooms could significantly improve breathing for children with asthma.

Carried out by Chinese and United States researchers, the small-scale study looked at 43 children with mild to moderate asthma living in a suburb of Shanghai during a period with moderately high levels of fine particulate matter, also called PM2.5.

The children were given two air filters to use in their bedrooms; one was a high-efficiency particulate air (HEPA) filter capable of removing PM2.5, while the other was a sham filter. The children were asked to use the filters in a random order for two weeks each, with a two-week interval in between. No one in the families knew which filter was which.

The findings, published in JAMA Pediatrics, a journal of the American Medical Association, showed that PM2.5 concentrations in the children’s bedrooms were a third to two-thirds lower when the real air filters were used compared to when the sham ones were being used.

“Pharmaceutical companies have spent large amounts to develop drugs that can work on lower airways, but they are very expensive. Our results show that using an air purifier to reduce the exposure of lower airways to pollutants could help asthmatic children breathe easier without those costly drugs,” said Junfeng Zhang, professor of global and environmental health at Duke University’s Nicholas School of the Environment.

“This warrants a clinical trial to confirm findings,” he said.

As the name suggests, PM2.5 pollution contains particles smaller than 2.5 microns in diameter and 30 times smaller in diameter than a human hair. Their small size means that the particles are easily inhaled and can penetrate deep into the lower airways, where they can trigger or worsen asthma symptoms. If this happens inhalers are unable to help, as they are only designed to open upper airways.

The study is the first to show that air filters can improve breathing in asthmatic children, and although the benefits only lasted for as long as the air filters were being used, “it’s probable that if children use the filters on an ongoing daily basis they will see continued benefits,” Zhang said.

The team says the findings suggest that with consistent use, the filters may be able to help prevent and not just ease asthma flare-ups. CL/JB