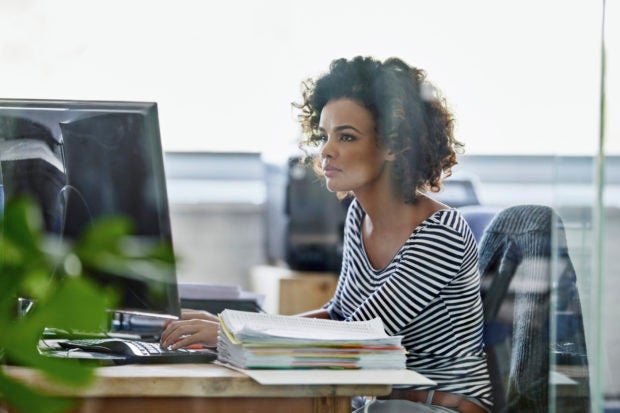 Working from home could help boost health for those living in confinement due to the COVID-19 outbreak. Image: Yuri_Arcurs/Istock.com via AFP Relaxnews

The first study to look at the health of those who have been living under a lockdown has found that just one month of confinement can negatively impact physical and mental health.

Carried out by researchers from the University of Adelaide, Tongji University and University of Sydney, Australia, the new study surveyed 369 adults from 64 cities in China after they had lived in confinement for one month due to the current COVID-19 pandemic.

The surveys revealed that in one month of lockdown measures, 34% of the participants had not left home at all, 14% had left home only once, and 22% had left their home more than five times. More than a quarter of participants (27%) left their home to go to work in their office during confinement, while 38% worked from home, and 25% stopped work altogether.

In addition, those with chronic medical issues who lived in areas more affected by COVID-19 also reported lower physical and mental health and life satisfaction. However, the same was not found among those without any underlying health conditions.

“As many parts of the world are only just beginning to go into lockdown, we examined the impact of the one-month-long lockdown on people’s health, distress and life satisfaction,” said lead author Dr. Stephen Zhang.
“The study offers somewhat of a ‘crystal ball’ into the mental health of Australian residents once they have been in the lockdown for one month,” added Dr. Zhang, who says that those who stop working or have existing health conditions may be at the highest risk of worse mental and physical health.

“We weren’t surprised that adults who stopped working reported worse mental and physical health conditions as well as distress,” added co-author Professor Andreas Rauch. “Work can provide people with a sense of purpose and routine, which is particularly important during this global pandemic.”

Although the researchers expected that people who exercised more during the confinement period would also be more likely to have a healthy lifestyle and therefore be less likely to experience any well-being problems, they actually found that participants who exercised for more than 2.5 hours each day and lived in locations more affected by the outbreak reported worse life satisfaction. In contrast, those who exercised for half an hour or less actually reported positive life satisfaction.

“We were really surprised by the findings around exercising hours because it appears to be counter-intuitive,” said lead author Dr. Zhang.

“It’s possible adults who exercised less could better justify or rationalize their inactive lifestyles in more severely affected cities. More research is needed but these early findings suggest we need to pay attention to more physically active individuals, who might be more frustrated by the restrictions.” CL /ra

How to sleep better during the COVID-19 outbreak