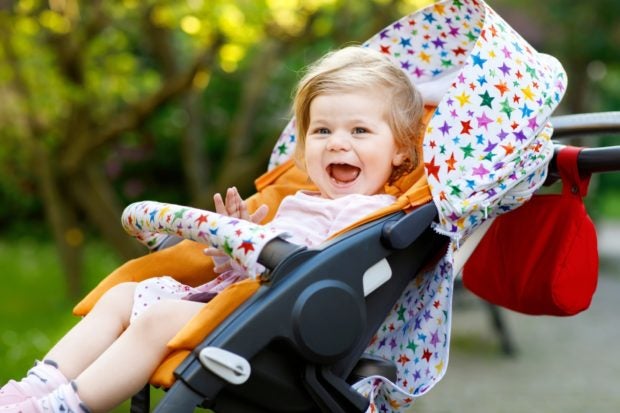 Babies in pushchairs may be exposed to alarmingly high levels of air pollution, according to new research. Image: romrodinka/IStock.com via AFP Relaxnews

New United Kingdom research has found that parents who use low-riding pushchairs or strollers that are closer to the ground may be exposing their babies to worryingly high levels of air pollution.

The researchers simulated 89 school drop-off and pick-up trips over a 2.1-kilometer (1.3-mile) distance between the times of 8 a.m. to 10 a.m. and 3 p.m. to 5 p.m., and measured levels of air-pollution exposure for both parents and babies.

The findings, published in the journal Environment International, showed that on average, no matter what type of pushchair they were in, babies were exposed to 44% more pollutants than their parents during both the morning and afternoon school runs.

Infants who were sat at the bottom of a double pushchair were also found to be exposed to 72% more pollutants than a child on the top seat, suggesting that despite their popularity, low-riding pushchairs could be the worst choice for limiting babies’ exposure to air pollution.

There was some good news, however, for concerned parents, with the results also showing that using a pushchair cover could reduce the concentration of small-sized pollution particles by as much as 39%.

Prof. Prashant Kumar, founding director of GCARE at the University of Surrey, commented on the findings saying, “For parents, nothing is more important than the health of our children and this is why we at the University of Surrey are continuing to build on this research to understand the impact air pollution has on babies traveling in pushchairs.”

“Our research shows that choices such as the type of pushchair you use can impact on the amount of pollution your child faces when you are running a typical errand. But there is cause for some optimism, as our study confirms that pushchair covers and upping the buggy heights appears to have shielded children from an appreciable amount of pollution under certain conditions.” CL /ra

A hug from mom or dad can calm infants, says new study