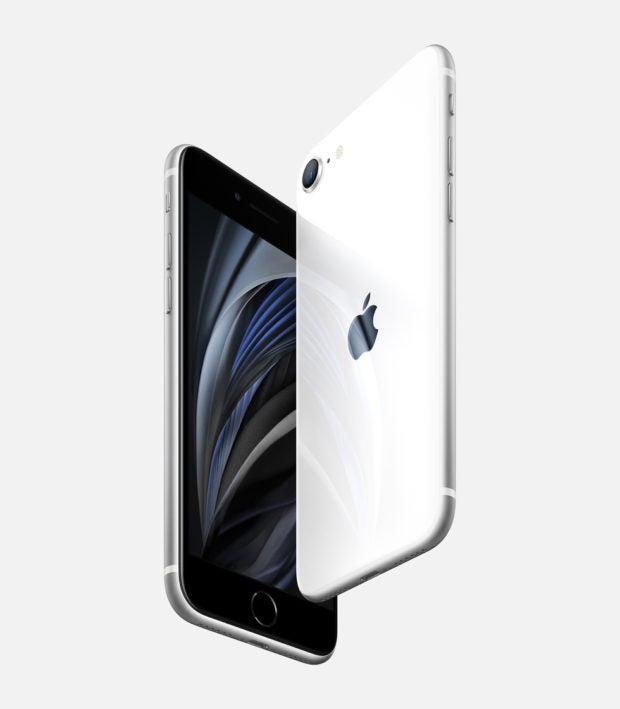 The market for less expensive and high-spec phones is growing worldwide amid slowing demand for new gadgets triggered by the outbreak.

Market researcher Counterpoint said in a recent report that the global smartphone market is forecast to decline 11 percent this year.

IDC Korea has also lowered the amount of total smartphone shipments for the Korean market by 5.9 percent this year due to the prolonging COVID-19 impact.

Last week, Apple started releasing its most inexpensive iPhone ever — the iPhone SE2 — at 550,000 won ($448) for 64 gigabytes for the Korean market. Preorders for the affordable model will begin Friday. The US tech giant highlighted the new budget phone is equipped with its most cutting-edge A13 Bionic chipset.

At Samsung and LG, expansions are underway in the midtier smartphone category with a common goal of providing advanced 5G-enabled handsets worldwide, despite slowing demand, according to the companies. Samsung’s latest premium Galaxy S20 series’ sales are speculated to be around 60 percent of its predecessor S10 series’ sales, according to the telecom industry, due to dampened consumer sentiment.

As much as Samsung’s flagship Galaxy S series, the A series is drawing attention this year, with the company saying it is adding 5G models to the midrange lineup.

Both models are expected to adopt quad camera modules and 4,500 milliampere hour batteries.

“Our ambition with the Galaxy A series portfolio is to deliver must-have innovations and powerful experiences at a varied range of prices, but without compromising on features,” said Kim Yeon-jeong, vice president and head of the innovative product planning group at Samsung’s mobile business.

“The Galaxy A71 5G and Galaxy A51 5G are designed for the era of 5G, and are part of our ongoing commitment to deliver next-generation connectivity to more people, by building 5G into our diverse smartphone portfolio at more accessible price points,” Kim said.

First introduced in 2014, the Galaxy A lineup, which stands for Galaxy Alpha, had earned mixed reviews as to its quality in comparison to the S series because it lacked major features like water resistance, picture quality and storage. It was criticized for its relatively high price for what is considered a midrange phone.

However, year after year, Samsung continued adding high-end features to the lineup, such as multilens cameras, the proprietary Infinity Display and adaptive fast charging, making the affordable product category more closely resemble the premium S series. The Galaxy A71, launched in December in the US, was released with a price tag of $350.

LG is revamping its smartphone portfolio at a larger scale than Samsung as part of its efforts to make a turnaround for the money-losing mobile device business by early next year.

It is seeking changes not only in the midrange class, but also in the premium category.

The company has announced it is dropping its 8-year-old premium G and V series brands, and changing the name for its flagship models to better represent their design and unique features.

Under the new strategy, LG will be releasing the Velvet phone as its flagship model next month in the Korean market first.

Before the new plan was made official, LG launched the last V60 ThinQ model in the US, Europe and Japan last month.

“The company launched the 5G model only in those markets where 5G services are in the early stage,” an LG official said. “In Korea with more mature 5G services, LG will be rolling out new mass premium phones like Velvet with high price competitiveness.”

Rather than compete in the high-end market that is dominated by Samsung’s foldable phones priced over 1.6 million won, LG is targeting the “mass premium market” that sees demand for high-quality products at lower price tags of less than 1 million won ($810).

The LG Velvet phone is likely to hit the market on May 15 with an estimated price tag of 800,000 won.

The company is also expanding the midrange group this year.

LG has been offering the Q and K series as midtier phones, while the company has intended to label the Q series “affordable premium” for the Korean market.

After launching the Q51 last month at 319,000 won in Korea, it is preparing to release the K61, K51S and K41S models with 5G features in Europe and Latin America within June.