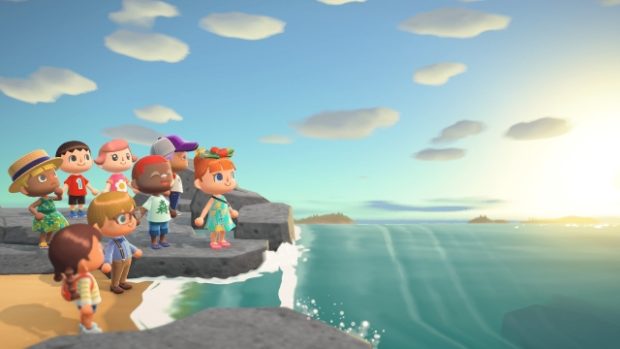 Players’ island museum seems to be heading for a batch of expansions, according to software developer and dataminer Ninji, who posted their findings to Twitter.

I’ve not posted much about this, but I think it’s a good time to share some secrets about unreleased features in Animal Crossing that game code hints at…

Two more upgrades for players’ island museum appear to be on the way, as well as a separate museum shop and visitors café.

There’s also a new art gallery being incorporated across all three levels of the brick and mortar institution, which ties into another inference: franchise character and sneaky fox Redd, who posed as an art merchant in “Animal Crossing: New Leaf”, is coming back.

Redd appears to be one of the island’s occasional visitors in “New Horizons,” with a northerly beachfront named after him in the game’s code, Ninji noted.

A “New Leaf” feature involving art forgeries seems to be returning in some form or another also seems to have been provided for.

Turning to outdoor activities, unused game code infers that the “New Horizons” spread of plantable and harvestable crops could soon grow to include tomatoes, carrots, potatoes and pumpkins.

These are some of the easiest food plants to grow at home, space and climate allowing. As in life, so in “Animal Crossing”?

Another area that could see significant expansion is the “New Horizons” seafood palate. Currently, players can collect manila clams, but Ninji discovered that another 32 mystery items are also classified as Seafood according to an internal Critterpedia page.

Those entries may or may not be related to diving (as opposed to fishing) for fish and seaweed.

Of course, all this comes with the caveat that although Nintendo worked on these features enough to have them part of “Animal Crossing: New Horizons” launch code, they may be vestigial stubs, with no plans for future development or deployment.

“We’ve got to make do with small bits of info, and we can’t tell if they’re work-in-progress features *or* things they scrapped,” Ninji explains.

What is clear is that several unused features were given more cryptic, abbreviated titles when “New Horizons” updated from version 1.0 to version 1.1 a week after launch.

5 games like ‘Animal Crossing’ to try on other devices