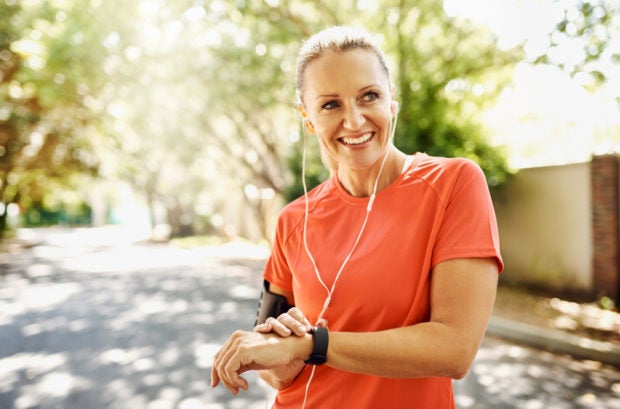 Even light physical exercise could help protect those with metabolic syndrome against cardiovascular disease. Image: PeopleImages/Istock.com via AFP Relaxnews

New Swedish research has found that even light exercise can help protect individuals with metabolic syndrome from developing and dying from cardiovascular diseases.

Carried out by researchers at the Swedish School of Sport and Health Sciences, GIH, and Karolinska Institutet, Sweden, the new study looked at 3,693 60-year-old men and women with and without metabolic syndrome.

Participants were asked to complete questionnaires about their lifestyle and physical activity levels as well as undergo physical exams and blood tests at the start of the study. Light-intensity activity was classed as walking, cycling or doing other activities without sweating for at least two hours a week, and moderate-intensity was defined as running, swimming, playing tennis and doing other activities that make you sweat for at least 30 minutes, one to two times a week. High-intensity activity included the same activities but working up more of a sweat, and doing them for at least 30 minutes, three or more times a week.

The participants were then followed for a period of 20 years or until their death, whatever came first.

The researchers note that the findings still held true even when important risk factors were taken into account, such as smoking status, diet, alcohol consumption and genetic predisposition to cardiovascular diseases.

Metabolic syndrome is a collection of conditions including higher waist circumference, high triglyceride levels, low levels of “good” cholesterol, hypertension (high blood pressure) and high fasting blood sugar, which together can increase the risk of other serious health conditions.

“Our results show that individuals with the metabolic syndrome who have been physically active have a lower risk of developing cardiovascular disease or other disease than sedentary individuals with the same syndrome, a difference that remains even when factoring in things like smoking and diet,” says Elin Ekblom-Bak, one of the study’s lead authors.

“The finding is encouraging for several reasons,” added Mai-Lis Hellénius, senior author of the study. “We know that the majority of the population, particularly more senior individuals, do not get the recommended dose of physical exercise. We also know that people with the metabolic syndrome run a higher risk of disease in the future. What’s encouraging about this study is that even light exercise, which many people would be able to do, has protective effects.” CL /ra