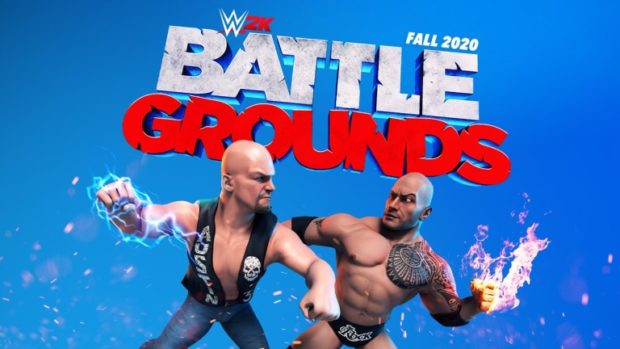 It’s not a Battle Royale, but it might contain one.

With “WWE 2K21” cancelled, this year’s video game tie-in for the sports wrestling franchise will be “WWE 2K Battlegrounds”.

“WWE 2K Battlegrounds” is heading for a late 2020 release, with super-powered caricatures of WWE’s TV and stadium wrestlers, exotic and unusual locations and over-the-top moves.

Stars of past and present can be seen in early material for the game, including Becky Lynch, The Rock and Steve Austin.

While its name might superficially imply some genre bond with Battle Royale spearhead “PlayerUnknown’s Battlegrounds”, in which up to 100 players scurry around an expansive environment in a search for weapons, equipment and each other, 2K hasn’t confirmed such wild ambition in its announcement.

A lack of detail around “WWE 2K Battlegrounds” content leaves room for speculation around the new game’s modes, including the possibility of all-star rumbles.

However, at this point 2K has restricted itself to a description of “social pick-up-and-play fun” with “plenty of depth for those who want to get way into it.”

“Whether you’re a casual gamer just learning the ropes or a passionate fan ready for all the action, ‘WWE 2K Battlegrounds’ provides another way to enjoy WWE video game action,” the announcement reads.

The other thing we know for sure is that “WWE 2K Battlegrounds” is intended for a fall 2020 release.

Even here, a lack of specificity around launch platforms leaves open the possibility that it will release on the upcoming Xbox Series X and PlayStation 5 as well as the current PS4, Xbox One and Nintendo Switch.

“WWE 2K21” was cancelled in mid-April, following the exceptionally poor reception given to October 2019’s “WWE 2K20” and complications brought about by the COVID-19 pandemic. JB