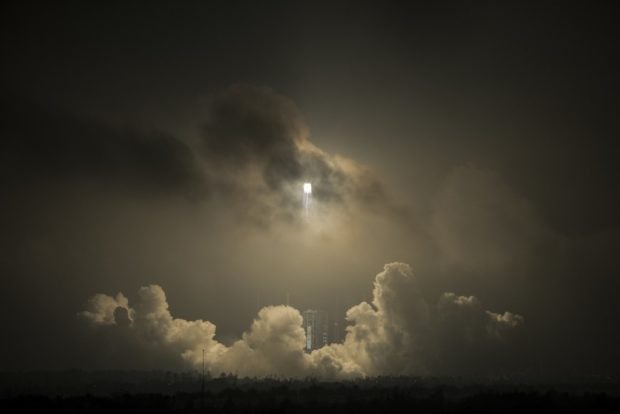 Chinese state media reported the “successful” launch of a new rocket on Tuesday, a major test of its ambitions to operate a permanent space station and send astronauts to the Moon.

The large carrier rocket Long March 5B took off from the Wenchang launch site in the southern island of Hainan, and a prototype spacecraft with no crew separated and entered its planned orbit, according to the official Xinhua news agency.

Long March 5B is supposed to one day transport astronauts to a space station that China plans to complete by 2022, and eventually to the Moon.

The United States is so far the only country to have been able to send humans to the Moon.

But Beijing has made huge strides in its effort catch up to the US space program, sending astronauts into space, satellites into orbit and a rover on the far side of the Moon.

A successful maiden flight of the 54-meter Long March 5B would reassure China, following failures of the 7A model in March and 3B model in April.

Beijing has launched several space vehicles since 1999, the Shenzhou, which were modeled after Russia’s Soyuz.