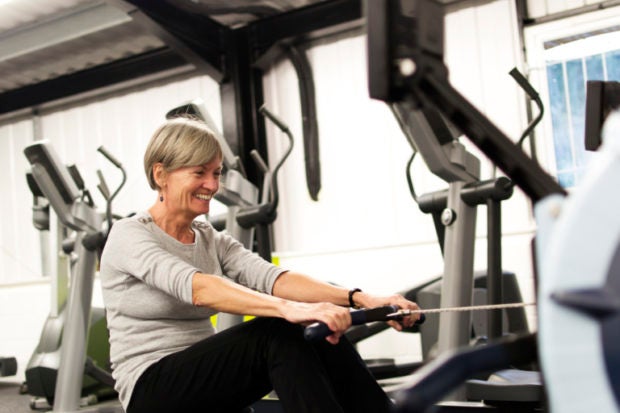 A new pilot study has found that seniors could help stave off frailty by giving weight training a go, and even higher-intensity training could be safe and effective in improving their ability to perform everyday tasks.

Carried out by researchers at UBC Okanagan’s School of Health and Exercise Sciences, the small-scale study looked at 20 pre-frail women over the age of 65 and divided them into two groups.

One group was told to participate in a free weight exercise program which included aerobic, resistance, balance, and flexibility exercises that replicated daily movements which can become more difficult for some as they age. For example, squats mimicked sitting-down and standing up and dead-lifts replicated picking-up groceries.

The participants took part in the program three times a week for a period of 12 weeks, during which time the exercises gradually got harder, while the other group were asked just to carry on with their normal routines.

All of the participants had their muscle strength and performance measured before and after the 12 weeks.

The findings, published in The Journal of Frailty & Aging, showed that the group who did the free weight exercises improved their muscle performance and became less frail, with the researchers finding significant improvements in the participants’ walking speed, grip strength and the amount of time it took them to move from sitting to standing as early as nine weeks into the program. Moreover, the program appeared to be safe for seniors even at higher intensity levels, and none of the participants sustained any injuries from the exercise program.

In contrast, those who did no exercise actually became more frail.

Lead researcher Prof. Jenn Jakobi explains that signs of frailty include unintentional weight loss, slow walking speed, muscle weakness, fatigue and low activity levels. This decline in health can become even worse if the problem is not addressed.

“Inactivity and social isolation are key contributors to age-related frailty,” adds Jakobi. “While social isolation is a complex challenge these days, there is absolutely some work we can do on enhancing exercise at home.”

“Age isn’t necessarily always associated with being frail, and frailty isn’t reserved for just old age — it can occur at any point in adulthood,” continues Jakobi. “Yet, it is dynamic and can be reversed. Maintaining and building muscle strength is key.”

She adds that the findings also go against the commonly held belief that strength training is unsuitable for pre-frail older adults.

“Traditionally, older adults opt for low-intensity and low-resistance exercise because they believe that heavy free-weight exercise isn’t right for them. Our findings show the opposite.”

Although the new research is in its early days and larger studies are now needed to investigate the benefits of heavy resistance training for seniors, Jakobi said the results are promising.

“This type of activity is appropriate and can be enjoyable,” says Jakobi. “Try something new and lift progressively more. You should feel a good healthy challenge.” JB