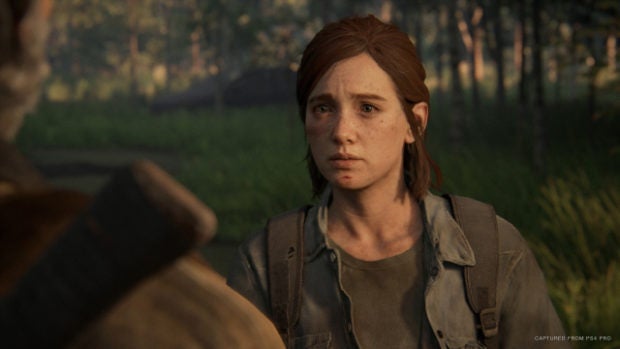 Ellie — and through her, the player — is to face some excruciating moments in “The Last of Us Part II”. Image: Courtesy of Naughty Dog/Sony Interactive Entertainment via AFP Relaxnews

Ahead of a highly anticipated June 19 launch, Sony’s PlayStation is preparing fans of “The Last of Us Part II” for a visceral, emotional rollercoaster ride.

By the standards of “The Last of Us Part II”, this trailer is fairly short, but it touches on the gore, pain, mourning and urgency of previous previews.

Dialogue plays out in characters’ movements and on their faces as much as it does through spoken words.

Taking place in a world where a fungal pandemic has ravaged the United States, Ellie is the rare example of someone who seems to have a built-in immunity to the infection.

In “The Last of Us”, she was accompanied by grim, gruff, bearded protector Joel, who players controlled; now it’s time for Ellie to drive the story forward.

Mutants and survivors pose a savage threat, leaving her vulnerable to the harsh and brutal realities of life in a collapsed civilization.

“The Last of Us Part II” was subject to a cache of leaked gameplay video last week.

It emerged that hackers had gained access to studio servers via a security vulnerability in an older game.

Creative director Neil Druckmann may have been making a partial allusion to this when, upon introducing the new trailer on the PlayStation Blog, he wrote that “the last few weeks have been eventful.”

“Do your best to avoid spoilers,” game studio Naughty Dog had advised its social media followers at the time, “and we ask that you don’t spoil it for others.”

In the same way that the original “The Last of Us” was re-released for PlayStation 4 after a debut on PS3, it’s thought likely that “The Last of Us Part II” will also be made available for Holiday 2020’s PlayStation 5, especially given Sony’s desire to provide backward compatibility with the PS4’s most popular titles. RGA

PlayStation hit ‘The Last of Us’ TV adaptation coming to HBO