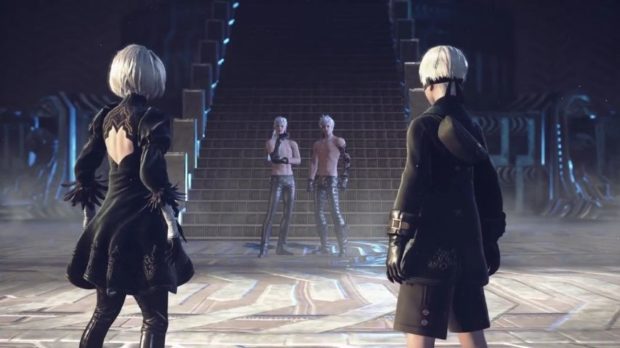 “NieR: Automata” picked up from one of several available endings of “NieR”. Image: YouTube/Square Enix via AFP Relaxnews

Franchise producer Yosuke Saito and game director Yoko Taro are teaming up to celebrate “NieR” on March 29, while keeping the details a secret.

Released on April 22, 2010 in Japan and over the following week internationally, “NieR” will be celebrating its 10th anniversary this year.

The original game was the last to be developed by Tokyo’s Cavia studio, selling 500,000 copies and developing a cult following.

Its 2017 sequel, “NieR: Automata”, was greeted with critical acclaim and commercial success. It sold 4 million copies and is credited with saving Osaka’s PlatinumGames from oblivion.

Saito did not disclose his plans but teased a 10-hour event of some sort.

“I’ll do something on March 29th. In the worst case, Yoko-san and I will do something, just us,” he said in a tweet. “As it’s the 10th anniversary, we’ll celebrate for 10 hours long.”

So what’ll it be?

Square Enix, the publisher responsible for “NieR” and “NieR: Automata”, is fond of live concerts for its games’ lavish scores, the “Final Fantasy” tours in particular.

However, Saito’s comments came after not one but two different “NieR”-related productions were canceled in an effort to combat the COVID-19 coronavirus outbreak: a March 12 to15 musical and a March 28 to 29 orchestral revue.

Perhaps Saito and Toro have a live stream in mind, which would have relatively little overhead.

That would give fans an opportunity to ask them about other game ideas the pair might have as well as the future of the franchise.

“NieR” was released in Japan in two forms, “NieR RepliCant” and “NieR Gestalt”.

The former was the PlayStation 3 edition with the lead character as a youth, while in the Xbox 360 version the hero was the same person but as a middle-aged father.

It was the “NieR Gestalt” version that was released internationally, under the name of “NieR”.

The game became a cult hit because of its links to another revered franchise, “Drakengard”, its atypical blend of genre styles, a roster of unique and sometimes provocative characters and an obscure, looping storyline that only fully unfurled over multiple playthroughs. IB/JB