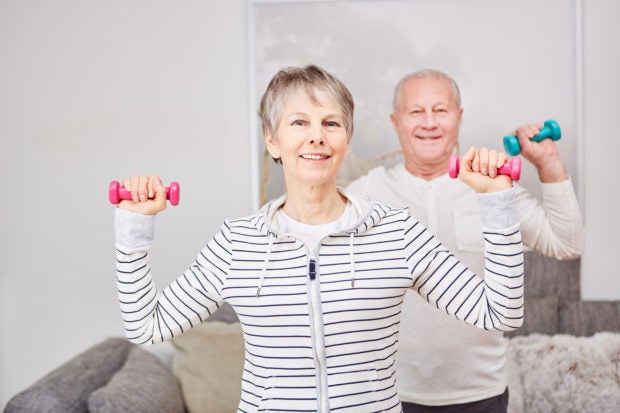 New United Kingdom research has found that moderate exercise in middle age and later in life could reduce the risk of frequent hospital admissions and the length of hospital stays.

Carried out by researchers at the University of Cambridge’s Department of Public Health and Primary Care and MRC Epidemiology Unit, the new study looked at 25,639 British men and women aged 40 to 79.

The participants completed questionnaires which asked them about their physical activity levels in their spare time, including the number of hours per week spent cycling, attending fitness classes, swimming or jogging, and whether they would describe their job as “sedentary,” “standing,” “moderate physical work” or “heavy manual work.”

The findings, published Thursday in the journal BMC Geriatrics, showed that in the first ten years of the study the active participants were 25% to 27% less likely to spend more than 20 days in hospital or have more than seven admissions per year than the inactive participants, even after taking into account factors such as age, sex, smoking status and body mass index. Similar results were also found during the subsequent ten years.

In a subset group of 9,827 participants who were given a second questionnaire 12 years after the first, the team found that those who had remained physically active during the study, or increased their activity, were 34% less likely to spend 20 days in hospital.

Lead author Robert Luben commented on the findings saying, “Our study provides some of the clearest evidence yet that small, feasible increases in usual physical activity substantially reduce the future hospital usage of middle-aged and older people, and would significantly ease pressure on the NHS.”

Although previous research has also found that physical activity may reduce the length of a hospital stay, these studies were on a much smaller scale. The new findings included a larger group of participants who were also more representative of the general population and suggest that physical activity levels could predict future hospitalization. JB

Experts advise how seniors, those with medical conditions can stay healthy amid COVID-19 crisis