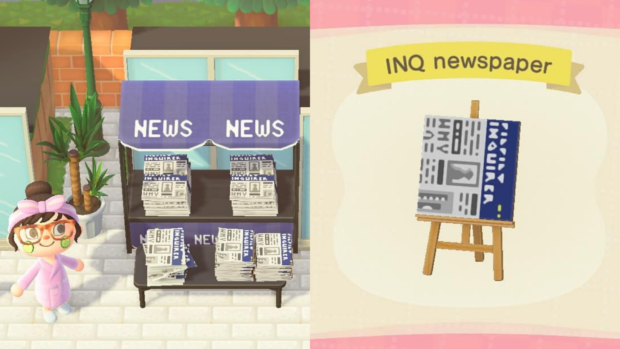 Jyka Espinoza decided to make the design “just the other day” after learning that she could customize some of the in-game items.

“When I discovered that some of the items in the game can be customized, I was over the moon,” she told INQUIRER.net today, May 13.

“We’ve been on lockdown for two months already; as a makeup artist, this is where I put all my creatives juices to work,” Espinoza added.

This later prompted her to create the custom design to make her own virtual island “more personal.”

Espinoza also shared photos of her character appearing stressed out while looking at her newspaper design. The makeup artist joked that she felt just “as frustrated and as mortified” as her character from reading the news amid the community quarantine. 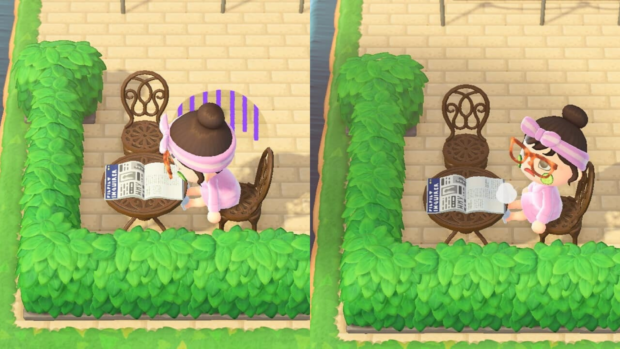 Those interested in using her custom newspaper design in their own “Animal Crossing: New Horizons” islands can get it from the kiosk in the in-game store called the Able Sisters. 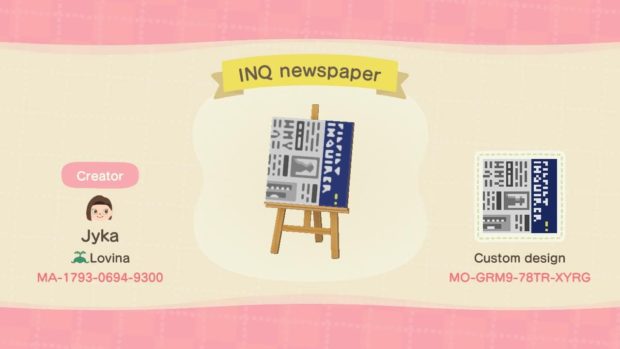 Along with Espinoza, people from all over the globe have also been playing the game amid the COVID-19 pandemic. In light of this, Nintendo set a new record by selling five million digital copies of the game last March.  /ra