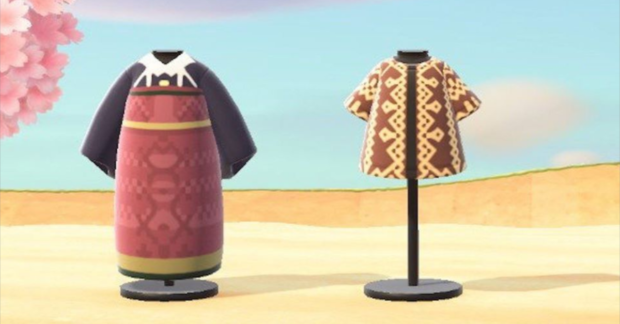 The museum revealed the outfits made for the popular video game on their Facebook page earlier today, April 8.

“Hello #AnimalCrossing fans, we’ve got something for you today,” the institution said. “Yes, outfit codes for everyone from our textile collection! We’ve also got designs you can try to do yourself.”

1⃣ Hello #AnimalCrossing fans, we've got something for you today.Yes, outfit codes for everyone from our textile…

The first design they introduced was patterned after a shirt worn by the men of the Bagobo group. The shirt is part of a traditional trouser set called tinangkulo.

Another piece they created was inspired by the inalaman, a special skirt worn by Yakan women over their pants.

Aside from the two designs already available for other players to download, the museum also urged others to try creating other patterns inspired by Filipino culture.

Among the patterns featured was the Maguindanao tubular garment called the inaul, which is similar to the Maranao malong. Players can make the local plaid pattern using the “basic tile custom design” option in the game.

The museum also showed the Bugkalot red blouse and dark blue skirt, which were worn by the group’s women until the 1980s.

“If you’re further along the game, you can customize this set using the short-sleeve dress template!” the institution explained.