12-inch plastic bag inside turtle pulled out by vet 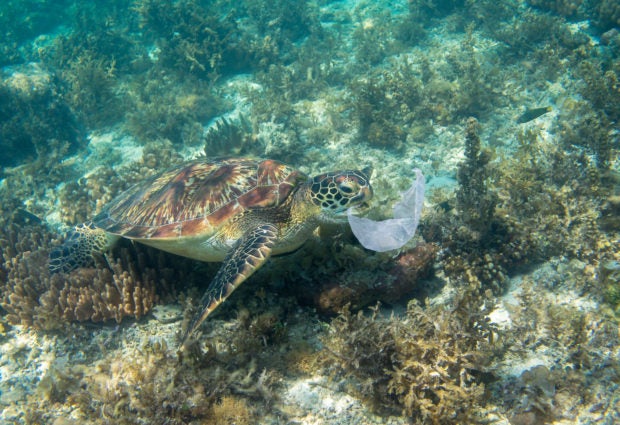 A veterinarian pulled out a 12-inch plastic bag from inside a turtle after it had accidentally swallowed the piece of trash.

The animal was found washed ashore on a beach in Rayong, Thailand, on May 10, Daily Mail reported last Friday, May 15.

After spotting the green sea turtle, locals quickly contacted rescue services. The animal was then transported to the Marine and Coastal Resources Research and Development Center in Bangkok, which is over 180 kilometers away from Rayong.

A veterinarian later managed to pull the plastic bag out of the turtle’s cloaca, as per report. The cloaca is the animal’s posterior orifice that serves as the only opening for its digestive, reproductive and urinary tracts.

Footage of the doctor extracting the item from inside the animal showed it was in distress. He later discovered that the bag had also affected the turtle’s digestion, which caused it to become constipated.

The veterinarian then stressed that the plastic bag would have led to the turtle’s death if it was not removed in time.

Warning others about the effects of polluting, he said: “The plastic garbage that people throw out washes into the seas, where it becomes highly dangerous for the animals.”

“They eat the plastic without knowing that it is not edible then it slowly kills them,” the veterinarian pointed out in the report.

After being treated by the veterinarian, the turtle is now being rehabilitated and will soon be released back into the sea. Ryan Arcadio /ra