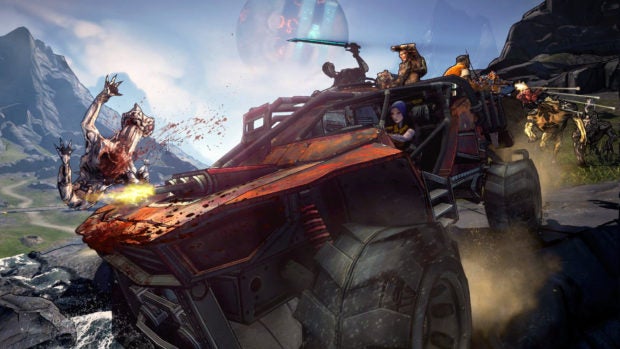 “Borderlands 2” and “Borderlands: The Pre-Sequel” offer chaotic action adventures for one to four players. Image: courtesy of Gearbox Software/Take-Two Interactive via AFP Relaxnews

Each week, ETX Studio tracks down a freebie on offer to give your daily routine a boost. This week, it’s “Borderlands: The Handsome Collection”, the latest seven-day freebie courtesy of “Fortnite” developer and publisher Epic Games and its Mac and PC storefront, the Epic Games Store.

On this occasion, there’s no concern about snapping up the latest “Borderlands” game and being left on the hook for an onslaught of upcoming add-ons and expansions.

That’s because 2015’s “Borderlands: The Handsome Collection” contains not only the 2012 hit “Borderlands 2” and its even odder (but less successful) 2014 prequel, “Borderlands: The Pre-Sequel!”, but also their respective bundles of post-release downloadable content.

That means extra characters, extra missions, and a ton of extra costumes for “Borderlands 2”, along with a handful of similar add-ons for “The Pre-Sequel”, whose post-release plans were sadly cut short.

It doesn’t, however, include the final “Borderlands 2” expansion, an epilogue leading up to the events of 2019’s “Borderlands 3”, which was released after “The Handsome Collection” was put together.

“Commander Lilith & the Fight for Sanctuary” was initially very well received but earned the ire of fans soon after. Having been free in its first month of availability, it became the most expensive “Borderlands 2” expansion at $14.99 (around P760). IB