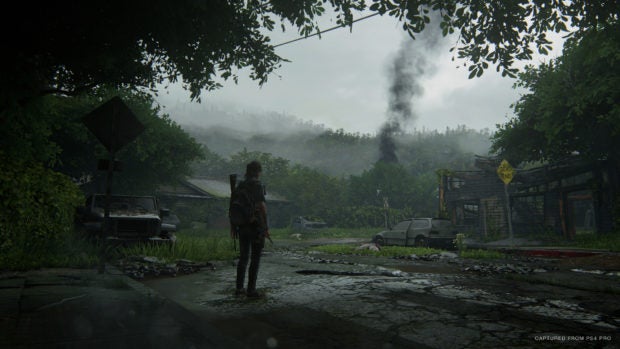 “The Last of Us Part II” sets players on a journey through a land both familiar and strange. image: courtesy of Naughty Dog/Sony Interactive Entertainment via AFP Relaxnews

What’s the price of progress? Of preserving our humanity — or preserving humanity as a whole?

That’s one of the questions that “The Last of Us Part II” asks.

Picking up a few years on from the first post-apocalyptic survival adventure, it switches lead characters — it’s not gruff survivalist Joel but teenager Ellie who’s moving the story forward — and takes players deep into an overgrown Seattle, northwestern United States.

The city and its surroundings have been ravaged by the consequences of sudden, large-scale abandonment after a fungal pandemic prompted any remaining survivors to fight or flee.

This latest video, ramping up interest before a mid-June release on the PlayStation 4, profiles the varied urban, suburban and rural environments Ellie will be traveling through.

She can also expect to encounter three distinct and fiercely territorial factions: a well-equipped hostile militia group, a stealthy and savage religious organization and the Infected: speedy runners, echo-locating clickers, and agile stalkers, as well as several new types of mutation.

The video also shows how an expanded sense of stealth and combat is enhanced by partial cover, tracking dogs and scent trails, as well as the ability to draw opposing factions into conflict against each other.

Scavenging and crafting play an important role too, and detailed animations create an impression of realism as Ellie moves from one waypoint, from one target, from one action to another.

In the words of the project’s director, Neil Druckmann, who provides commentary for the video preview, “The Last of Us Part II” is “the largest, most ambitious game” from Sony’s Naughty Dog studio.

Official previews (as well as an early May gameplay leak, the studio maintains) “have only scratched the surface of what it’s like to play.”

As such, expect “The Last of Us Part II” to launch on PlayStation 4 on June 19 and, before too long, pop up on the PlayStation 5, which arrives in the last few months of 2020.

Sony’s PlayStation division released its original “The Last of Us” for PlayStation 3 in 2013, just a couple of months before the PlayStation 4 was made available.

A little over a year later, it was re-released as “The Last of Us Remastered” for the PlayStation 4.

Both Sony and Microsoft have announced various degrees of compatibility with existing games from the PS4 and Xbox One era for the PS5 and Xbox Series X. IB