Tesla and SpaceX CEO Elon Musk has his own version of the late American astronomer Carl Sagan’s famous passage from his 1994 book titled “Pale Blue Dot” —  and it is something Sagan could only dream of.

Musk, who is working on “making life multi-planetary,” disputed Sagan’s famous passage where the late astronomer describes the planet Earth, our “Pale Blue Dot,” as “the only world known so far to harbor life.”

In the “Artificial Intelligence” podcast of MIT researcher Lex Fridman posted on YouTube on Nov. 12, Musk humored Fridman’s request for him to read Sagan’s passage. Before Musk finished reading, however, he added his own take at the Earth being our only home.

“‘There is nowhere else, at least in the near future, to which our species could migrate,'” Musk read Sagan’s words.

“This is not true. This is false… Mars!” he declared.

“And I think Carl Sagan would agree with that. He couldn’t even imagine it at that time,” Fridman answered Musk. “So thank you for making the world dream.”

The SpaceX CEO is known for expressing his belief that colonizing Mars is the future of the human civilization. On Sept. 29, Musk unveiled SpaceX’s Starship, an aircraft designed to carry humans and cargo to anywhere in the solar system, specifically to Mars, and to land back on Earth. 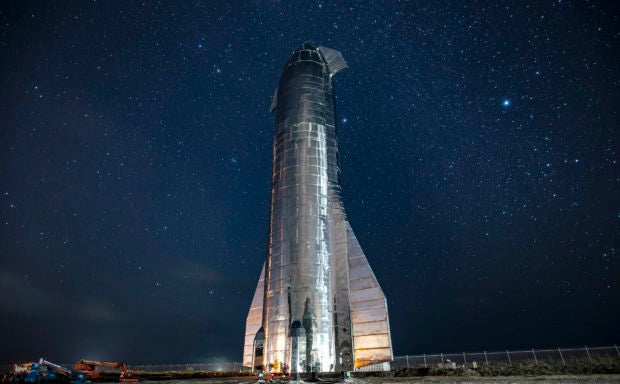 Nowhere to go but space

In the podcast, Musk left some interesting words about the fate of the Earth in the far future, and hypothesized what would have happened had human consciousness not evolved as fast as the way it did.

“And I wonder how many dead one-planet civilizations there are out there in the cosmos that never made it to the other planets and ultimately extinguished themselves or were destroyed by external factors. Probably a few,” he added.

Musk also warned that people “don’t think of the big picture,” and that they should not “take our civilization, our continued existence, for granted.”

“All of our consciousness, all of our civilization, everything we’ve known and done is all on this tiny blue dot. People get too trapped in the squabbles amongst humans, they don’t think about the big picture,” Musk said.

He stressed, “Look at the history of civilizations. They rise and they fall. And now, civilization is globalized.  And so civilization, I think now rises and falls together. There’s no geographic isolation. This is a big risk. Things don’t always go up. That should be the center point of the lesson of history.” Ian Biong/NVG