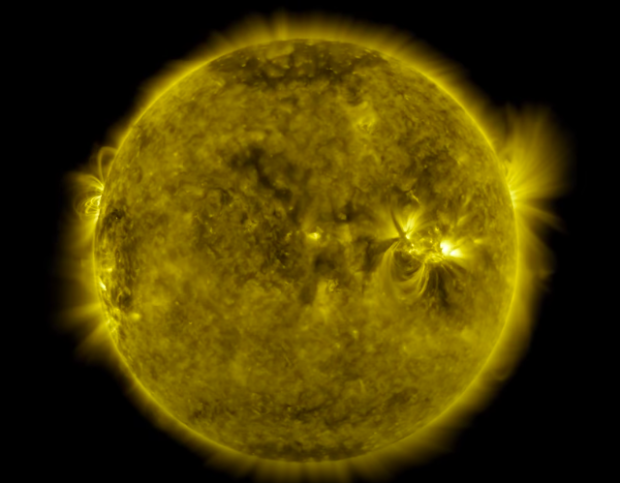 In case you were wondering what the sun has been up to all this time, the National Aeronautics and Space Administration (NASA) has got you covered as they recorded just that — the sun in all its majesty for the last decade.

The space agency condensed 10 years’ worth of images captured by its Solar Dynamics Observatory (SDO) into a stunning 61-minute time-lapse video released on June 24.

Titled “A Decade of Sun”, the video showcases some of our star’s most notable activities from June 2010 up to June 2020, including the transit of Venus across the face of the sun on June 5, 2012 (which will not happen again until 2117) and the sun’s active regions resembling a jack o’ lantern in time for Halloween back in 2014, among many others.

The video “shows the rise and fall in activity that occurs as part of the Sun’s 11-year solar cycle,” according to NASA in the caption of the YouTube video.

From the SDO’s orbit in space around the Earth, the observatory captured 425 million high-resolution images of the sun, totaling to around 20 million gigabytes of data over the past 10 years.

“This information has enabled countless new discoveries about the workings of our closest star and how it influences the solar system,” NASA said.

“With a triad of instruments, SDO captures an image of the Sun every 0.75 seconds. The Atmospheric Imaging Assembly (AIA) instrument alone captures images every 12 seconds at 10 different wavelengths of light. This 10-year time-lapse showcases photos taken at a wavelength of 17.1 nanometers, which is an extreme ultraviolet wavelength that shows the Sun’s outermost atmospheric layer – the corona,” it added.

NASA noted, however, that while the SDO “kept an unblinking eye toward the Sun,” the video still includes some dark frames that are caused by the Earth or the Moon eclipsing the observatory.

While NASA has already reached the 10-year mark of monitoring the sun, the agency promises to continue its watch. Perhaps after another decade, the public just might see a time-lapse update on our yellow dwarf.

“SDO and other NASA missions will continue to watch our Sun in the years to come, providing further insights about our place in space and information to keep our astronauts and assets safe,” NASA assured the public. NVG