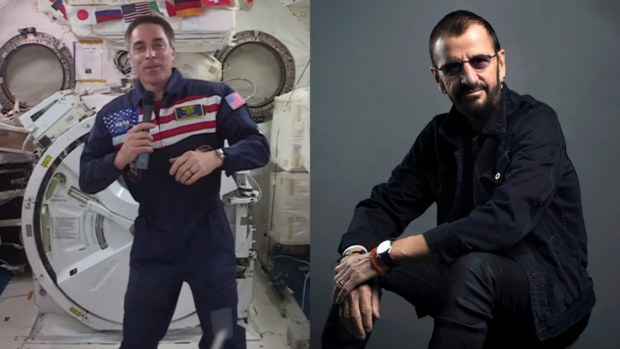 Chris Cassidy, commander of the ISS, also had a short yet meaningful message for Starr on behalf of his crew. The station posted the greeting on Facebook earlier today.

The brief clip showed Cassidy floating in the station’s interior while he wished Starr a happy birthday.

“As an icon in music, your message of peace and love has echoed around the world for decades,” the astronaut said, referring to Starr’s popular mantra.

From 260 miles above our home planet, NASA Astronauts wish Ringo Starr a happy 80th birthday! Since our orbiting laboratory operates in Greenwich Mean Time, or GMT, it’s officially July 7 – a perfect date to send #PeaceAndLove to everyone across the universe! ☮️✌️❤️

“Our crew and the entire NASA family would like to extend this message to the world and across the universe from our orbiting laboratory,” Cassidy added.

Meanwhile, Starr announced that he will be marking his special day with a virtual concert.

“I’m going to celebrate it a little differently than I have for the last 12 years, when we have the peace and love moment,” he told the Philippine Daily Inquirer. “Last year, we celebrated it in Nice. But we started in 2008 in Chicago.”

Among the artists featured in the event will be his fellow Beatles member Paul McCartney and guitarist Joe Walsh.

Perfume that smells like space to be released through crowdfunding