Amazon says email to employees banning TikTok was a mistake 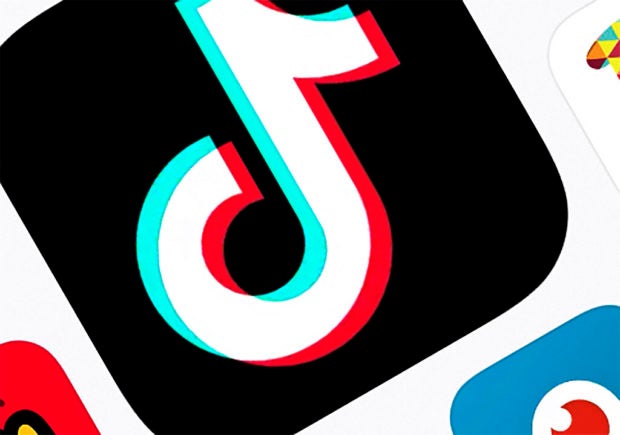 Roughly five hours after an internal email went out to employees telling them to delete the popular video app TikTok from their phones, Amazon appeared to backtrack, calling the ban a mistake.

“This morning’s email to some of our employees was sent in error. There is no change to our policies right now with regard to TikTok,” Amazon emailed reporters just before 5 p.m. Eastern time. Spokeswoman Jaci Anderson declined to answer questions about what happened.

The initial internal email, which was disseminated widely online, told employees to delete TikTok, a video app increasingly popular with young people but also the focus of intensifying national-security and geopolitical concerns because of its Chinese ownership. The email cited “security risks” of the app.

An Amazon employee who confirmed receipt of the initial email but was not authorized to speak publicly had not seen a retraction at the time of Amazon’s backtrack.

Amazon is the second-largest U.S. private employer after Walmart, with with more than 840,000 employees worldwide, and moving against TikTok would have escalated pressure on the app. It is banned on employee phones by the U.S. military and the company is subject to a national-security review of its merger history. U.S. Secretary of State Mike Pompeo said this week that the government was “certainly looking” at banning the app.

Chinese internet giant ByteDance owns TikTok, which is designed for users outside of China; it also makes a Chinese version called Douyin. Like YouTube, TikTok relies on its users for the videos that populate its app. It has a reputation for fun, goofy videos and is popular with young people, including millions of American users. But it has racked up concerns such as censorship of videos, including those critical of the Chinese government; the threat of sharing user data with Chinese officials; and violating kids’ privacy.

TikTok said earlier in the day that Amazon did not notify it before sending the initial email around midday Eastern. That email read, “The TikTok app is no longer permitted on mobile devices that access Amazon email.” To retain mobile access to company email, employees had to delete the TikTok app by the end of the day.

“We still do not understand their concerns,” TikTok said at the time, adding that the company would welcome a dialogue to address Amazon’s issues. A spokeswoman did not immediately reply to a request for comment Friday evening.

TikTok has been trying to appease critics in the U.S. and distance itself from its Chinese roots, but finds itself caught in an increasingly sticky geopolitical web.

It recently named a new CEO, former Disney executive Kevin Mayer, which experts said could help it navigate U.S. regulators. And it is stopping operations in Hong Kong because of a new Chinese national security law that led Facebook, Google and Twitter to also stop providing user data to Hong Kong authorities.

Pompeo said the government remained concerned about TikTok and referred to the administration’s crackdown on Chinese telecom firms Huawei and ZTE. The government has tried to convince allies to root Huawei out of telecom networks, saying the company is a national-security threat, with mixed success; Trump has also said he was willing to use Huawei as a bargaining chip in trade talks. Huawei has denied that it enables spying for the Chinese government.

“With respect to Chinese apps on people’s cell phones, I can assure you the United States will get this one right too,” Pompeo said, and added that if users downloaded the app their private information would be “in the hands of the Chinese Communist Party.”

A U.S. national-security agency has been reviewing ByteDance’s purchase of TikTok’s precursor, Musical.ly. Meanwhile, privacy groups say TikTok has been violating children’s privacy, even after the Federal Trade Commission fined the company in 2019 for collecting personal information from children without their parents’ consent.

Amazon may have been concerned about a Chinese-owned app’s access to employee data, said Susan Ariel Aaronson, a professor at George Washington University and a data governance and national-security expert. China, according to the U.S. government, regularly steals U.S. intellectual property.

Part of Amazon’s motivation with the ban, now apparently reversed, may also have been political, Aaronson said, since Amazon “doesn’t want to alienate the Trump administration.”

Amazon and its founder, Jeff Bezos, are frequent targets of President Donald Trump. Bezos personally owns The Washington Post, which Trump has referred to as “fake news” whenever it publishes unfavorable stories about him. Last year, Amazon sued the U.S. government, saying that Trump’s “personal vendetta” against Amazon, Bezos and the Post, led it to lose a $10 billion cloud computing contract with the Pentagon to rival Microsoft. Meanwhile, federal regulators as well as Congress are pursuing antitrust investigations at Amazon as well as other tech giants.

Concerns about China are not limited to the U.S. India this month banned dozens of Chinese apps, including TikTok, because of tensions between the countries. India cited privacy concerns that threatened India’s sovereignty and security for the ban. India is one of TikTok’s largest markets and had previously briefly banned the app in 2019 because of worries about children and sexual content.