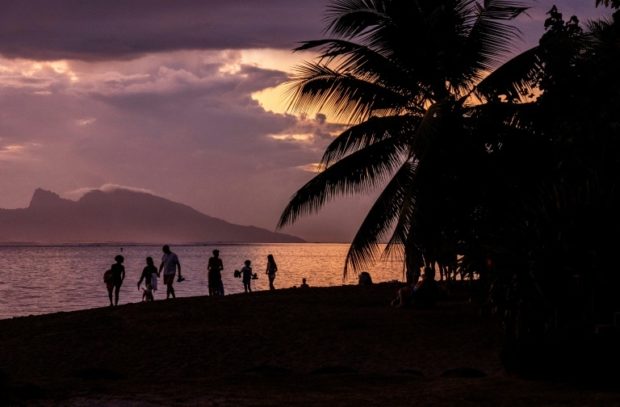 Native Americans and Polynesians bridged vast expanses of open ocean around the year 1200 and mingled, leaving incontrovertible proof of their encounter in the DNA of present-day populations, scientists revealed Wednesday.

Whether peoples from what is today Colombia or Ecuador drifted thousands of kilometers to tiny islands in the middle of the Pacific, or whether seafaring Polynesians sailed upwind to South America and then back again is still unknown.

But what is certain, according to a study in Nature, is that the hook up took place hundreds of years before Europeans set foot in either region, and left individuals scattered across French Polynesia with signature traces of the New World in their DNA.

“These findings change our understanding of one of the most unknown chapters in the history of our species’ great continental expansions,” senior author Andreas Moreno-Estrada, principal investigator at Mexico’s National Laboratory of Genomics for biodiversity, told AFP.

Archeologists and historians have tussled for decades over whether Oceana islanders and native Americans crossed paths during the Middle Ages, and how, if they did, that contact might have unfolded.

In 1947, Norwegian explorer and writer Thor Heyerdahl went so far as to build a primitive raft — which he called Kon-Tiki, after an Inca god — and sailed from Peru nearly 7,000 kilometers for 101 days before crashing into Tuamotus in French Polynesia.

As it turns out, that is one of the islands where snippets of New World DNA showed up.

Heyerdahl was convinced that people from Peru had populated the remote Pacific islands, and wanted to show it was possible. But he only got it half-right, it seems.

“It is more likely that Polynesians reached the Americas, given their voyaging technology and demonstrated ability to cross thousands of miles of open ocean,” lead author Alexander Ioannidis, a postdoctoral researcher at Stanford University, told AFP.

Traveling in outrigger canoes, Polynesians established settlements across a vast area inside a triangle formed by the Hawaiian Islands, Easter Island and New Zealand.

Up to now, probably the most compelling evidence that pre-American and Polynesian cultures intersected was the sweet potato.

“It is native to the Americas, yet it was also on islands thousands of miles away before European contact,” Ioannidis said.

Moreover, Polynesian words for the yellowish tuber are similar to those in indigenous American languages in the Andes.

But skeptics pointed out that sweet potatoes shoots might have made it half-way across the Pacific on their own, on a piece of driftwood, for example.

To look for possible points of convergence, researchers collected genetic data from 15 native American groups along the Pacific coast of South and Central America, and from 17 Polynesian islands — more than 800 individuals in all.

“We looked for long sequences of DNA with exactly the same code,” said Ioannidis.

The match-up with indigenous groups in Colombia and Ecuador was unmistakable, confirmed both by traditional statistical methods, and new “big data” machine-learning techniques.

The genetic material also revealed the timing of the encounter.

With successive generations, DNA inherited from each parent undergoes “recombination”, whereby pieces of DNA from the mother and father are broken off and fused together.

“By measuring the length of the small Native American pieces of DNA in Polynesians, we can estimate how many generations ago the contact occurred.”

The date that emerged was 1200, around the time Genghis Khan invaded China and the crusades sacked Constantinople.

Among the long-standing articles of belief dismantled by the new findings is the contention that Rapu Nui — better known as Easter Island — was the first place where the two cultures literally came face-to-face.

“Much of history has relied on written accounts, which are generally controlled by, and focus on, those who rule,” he said.

“Genetics and data science are now allowing us to tell the perhaps even more incredible — and no less true — stories of the rest of humanity… That’s what really motivates me,” he added. IB