By almost any definition, Antarctica is by far the most pristine and least polluted continent on the planet. Image: NASA/AFP

Humanity’s accelerating impact on the vast wilderness of Antarctica extends well beyond scientific stations and eco-tourism along its fringes, both in scope and intensity, scientists warned Wednesday.

By almost any definition, Antarctica is by far the most pristine and least polluted continent on the planet.

It has no towns, agriculture or industry.

Since first arriving on its frozen shores more than 200 years ago, explorers and scientists have crisscrossed the kilometers-thick ice sheet that obscures its true topography.

“We have been nearly everywhere,” said Steven Chown, a professor at Monash University in Melbourne and senior author of a study in Nature, the first to systematically map man’s environmental footprint on Earth’s southernmost landmass.

“But these visits are often brief or to places covered in ice,” he told AFP. “The impacts in these areas are very small, negligible.”

Even in areas that have seen the construction of research stations and an increasing volume of tourism, the damage is limited to less than half a percent of the continent’s territory.

Mineral resource exploitation is prohibited by the 1991 Protocol on Environmental Protection to the Antarctic Treaty.

This doesn’t, however, mean no damage has been done, cautioned Chown, who used Big Data techniques to examine 2.7 million records of human activity on the continent over two centuries.

Bring Antarctica’s vibrant life forms into the picture, and suddenly man’s footprint does not seem so light after all. 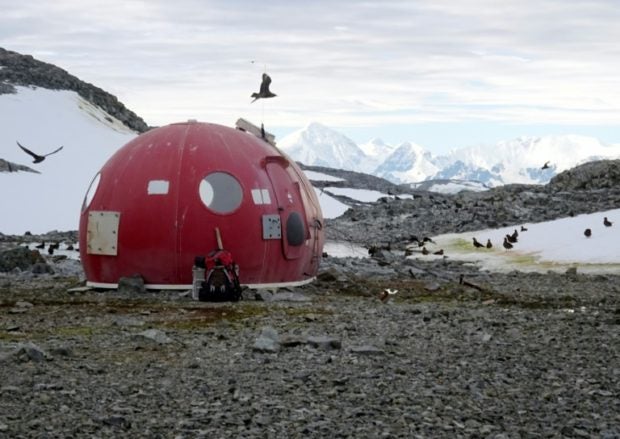 “The areas that have the least human impact don’t include some of its most important biodiversity,” explained Chown, who is also president of the Scientific Committee on Antarctic Research.

Of the continent’s Important Bird Areas critical for conservation efforts, for example, only 16% are safely inside zones that Chown and his colleagues identified at “negligibly impacted areas”.

Land-based life is found mostly in a dozen ice-free areas that comprise less half a percent of the continent’s surface, about 45,000 square kilometers.

Altogether, more than 2,000 species have been cataloged, but there are certainly more.

“Biodiversity is the basis for all life,” said Chown. “It inspires us to be better people and to have greater appreciation of our place in the world — just think of albatrosses,” he said, alluding to the mythic sea birds that have fascinated poets and explorers for centuries. 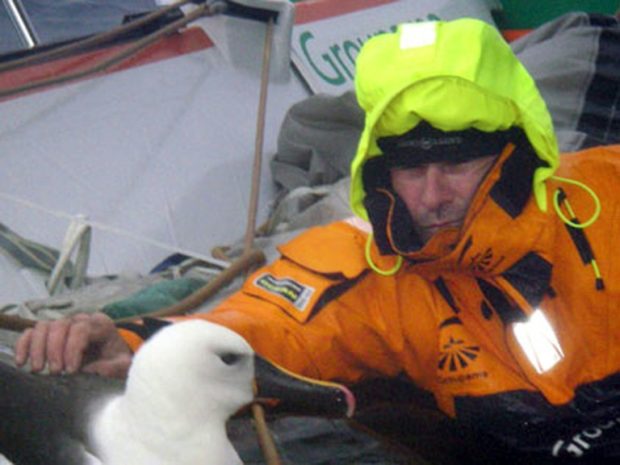 French sailor Franck Profitt strokes an albatross which landed for a few minutes on the maxi-trimaran “Groupama 3”. Image: AFP/Jacques Caraes

“Antarctic biodiversity helps us understand what life may be like elsewhere in the Universe,” he added. “Microbes can live by scavenging hydrogen gas from the air — remarkable!”

Specially Protected Areas cover less than 2% of Antarctica, but include 44% of identified species, including seabirds, plants, lichens and invertebrates, according to earlier research. IB