A second Ubisoft Forward is set for September, and these games could feature 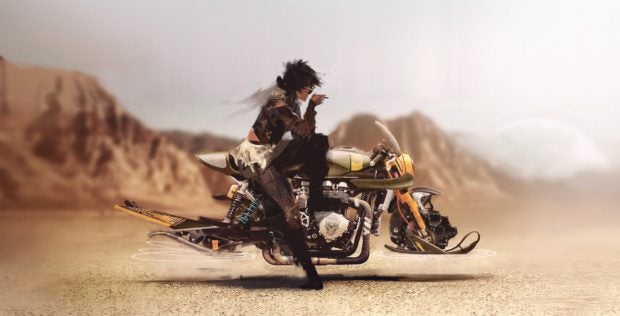 “Beyond Good and Evil 2” was announced in 2017 after many years of anticipation. The first game debuted in 2003. Image: courtesy of Ubisoft via AFP Relaxnews

While July’s Ubisoft Forward event was welcomed by fans of “Assassin’s Creed “, “Far Cry”, and “Watch Dogs” franchises, as well as those keen for more on new team action game “Hyper Scape”, several titles were conspicuous by their absence.

The French company — which has been in hot water of late due to sexual harassment scandals rocking several Canadian offices — is returning to the multi-hour streaming format with a second Ubisoft Forward intended for September.

Both “Gods and Monsters”, received as a spin on Nintendo’s critically and commercially acclaimed “The Legend of Zelda: Breath of the Wild”, and small-team tactical shooter “Rainbow Six Quarantine”, are currently targeting release before the end of April 2021 and are therefore considered likely subjects of the presentation.

Other titles that ducked out of the July meet and greet included naval arena “Skull and Bones”, itself derived from the success of “Assassin’s Creed IV: Black Flag”, sci-fi sports title “Roller Champions”, and long-awaited action-adventure sequel “Beyond Good and Evil 2”.

The first Ubisoft Forward ran for three hours, including pre-show and post-show segments, and Ubisoft ran a “Watch Dogs 2” giveaway alongside it to attract more interest; demand for the relatively optimistic “Watch Dogs” sequel hammered Ubisoft’s store server capacity and the giveaway was extended over the next few days.

Like many of its contemporaries, Ubisoft Forward was set up in response to the cancellation of June 2020’s Electronic Entertainment Expo (E3), a result of the COVID-19 pandemic, though organizational difficulties had presented some difficulties for E3 before then.

This next showcase was announced during a July 22 conference call detailing Ubisoft’s results for the first quarter of its financial year, bouyant thanks to strong performances from the “Assassin’s Creed” franchise and “Tom Clancy’s Rainbow Six Siege”.

CEO and co-founder Yves Guillemot indicated that he would not be stepping down after widespread allegations about a culture of harassment within the company, enabled by the promotion and protection of key perpetrators. Instead, he implied that such undesirable behaviors were in opposition to his own values and ethics.

The company also outlined a pricing policy that will see its Fall 2020 catalog priced at $59 (around P2,900), parity between the PlayStation 4 and Xbox One generation and the Holiday 2020 PlayStation 5 and Xbox Series X generation, after several Take-Two Interactive sports titles were spotted for pre-order at $69 (around P3,400).

The policy makes sense in the context of existing upgrade paths proposed by console manufacturers and publishers.

Free upgrades would augment current-gen digital purchases with next-gen updates should players then purchase the newer consoles, but the policy does not prevent Ubisoft from adjusting PS5 and XSX game prices after applicable upgrade windows close. IB