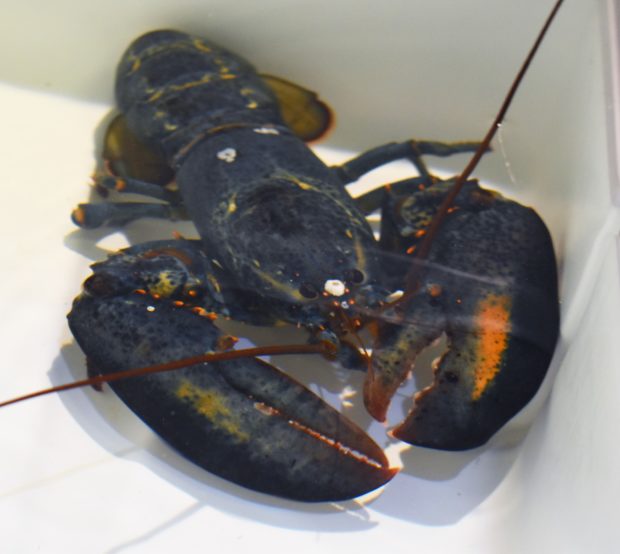 A zoo decided to house a rare blue American lobster from a seafood restaurant after staff saw the unique color of its shell.

When restaurant employees recognized the rarity of the lobster’s blue shell, they informed the Monterey Bay Aquarium about it. The aquatic center then contacted the Akron Zoo about the lobster, which was named Clawde after the restaurant chain’s mascot.

The zoo and the restaurant are partners to a conservation effort called Seafood Watch. The program is run by the aquarium and helps businesses pick sustainably-farmed and fished seafood.

Upon hearing of Clawde, the zoo quickly prepared a new home for the animal before taking it from the shop. After transferring Clawde to his new habitat, the zoo showed photos of him on Facebook.

The center also explained that the blue coloration of a lobster’s shell is the result of a genetic anomaly that occurs in one in every 2 million lobsters.

The center assured the public that Clawde is already acclimating to his new habitat, a special tank dubbed by his caretakers as “Clawde’s Man Cave,” in the Komodo Kingdom building. The said facility is currently closed to guests due to the COVID-19 pandemic. JB

LOOK: Golden bangus found in Dagupan turned over to gov’t