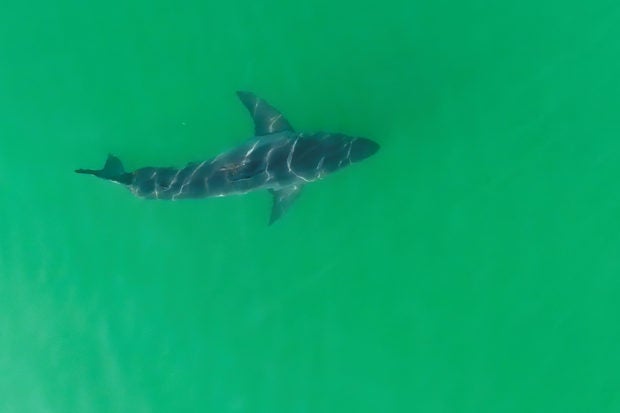 DEL MAR, Calif. — Scientists are using drones and other technology to study great white sharks along the coast of Southern California to better understand interactions between these marine predators and people and assess the risks to human beachgoers.

The two-year study by the Shark Lab at California State University deploys drones for aerial surveillance of the sharks and uses underwater robots, while the scientists also tag some sharks using a spear that fits the animals with a transmitter to track their movements.

“Drones have actually changed our world. They’ve become a much more powerful, cost-effective tool. So in the past we used helicopters and planes and it was very expensive,” Shark Lab Director Chris Lowe told Reuters.

Despite carnage depicted in films like “Jaws” and “Sharknado,” shark attacks on people are rare — humans kill exponentially more sharks than sharks kill humans — but they can be deadly. The Maine Department of Marine Resources said a 63-year-old New York City woman died on Monday after being attacked by a great white shark while swimming in the Atlantic.

“Despite the fact that shark populations are going up and more people are using the water than ever before, we’re not really seeing more people actually being bitten by sharks,” Lowe said. “In fact, in some years, the rate has gone down. So what that tells us, as a scientist, is that we’re not on their menu at all. But occasionally accidents happen.”

From Santa Barbara to San Diego, the Shark Lab researchers have been flying drones along the coastline to count the number of sharks and people and look at the proximity of the creatures to the shore and swimmers. The coastal community of Del Mar, north of San Diego, is home to a great white shark nursery, the researchers said. 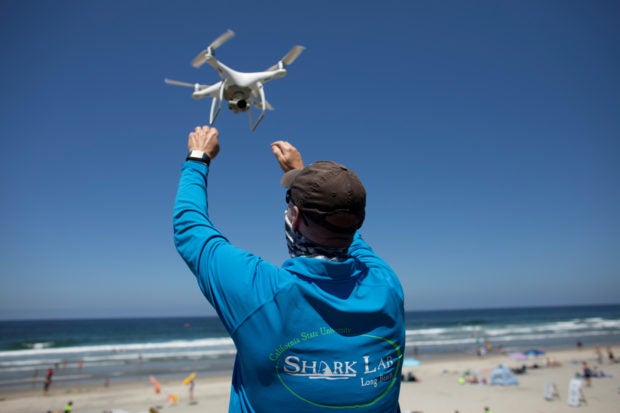 Lowe said he hopes the research will help lifeguards protect the public by better understanding how sharks behave and whether some species are more aggressive than others.

Shark Lab researcher Patrick Rex said the scientists are trying to determine what environmental factors increase the likelihood of people encountering the sharks.

“We’re also trying to figure this out for white sharks as well, what environmental parameters bring them closer to shore and maybe closer to humans,” Rex said. NVG

Hundreds of drones light up Seoul sky with virus messages

Librarian uses drones to deliver books to students amid COVID-19